Nigeria-Bosnia and Herzegovina: Why Write Super Eagles Off? 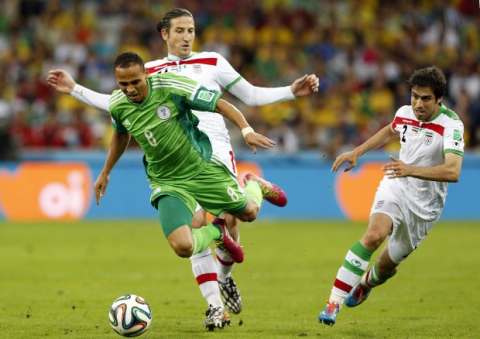 Would it be right to say that the Super Eagles did not take advantage of their first group game against Iran to at least, boost their chances of progressing into the knockout stage of the 2014 FIFA World Cup in Brazil?

The African champions, though, have a solitary point going into Saturday’s encounter against their next group F opponents, Bosnia and Herzegovina, who currently occupy the bottom spot in the group with zero point, but it would be too premature for anyone to write the Nigerians off, despite their lackluster performance against the Asian team on Monday. 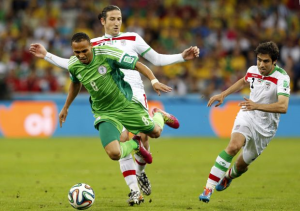 Saturday’s game is a must-not-lose for Bosnia, and in all likelihood a must-win for Nigeria.

Knowing they still have a clash with the Super Eagles and minnows Iran, Bosnia and Herzegovina will not only fancy their chances, but will also be more than willing to take them.

However, the Super Eagles are hopeful of beating their opponents on Saturday, not only to revive their chances of advancing from the group stage, but also to redeem their image, which have been soiled after Monday’s stalemate with Iran.

After a disappointing opening game, coach Stephen Keshi may opt to make changes to his starting lineup, with Peter Odemwingie as an alternative attacking option.

Bosnia have been boosted by the news that their captain Emir Spahić is set to quickly bounce back from a knee problem. Otherwise coach Safet Sušić should have a full complement of players to choose from. He may well start an unchanged lineup from the one that lost 2-1 to Argentina in their opening game, though veteran forward Vedad Ibišević could come in alongside Edin Džeko up top after scoring their consolation from the bench.

Although, Nigerians have been disappointed with the performance of the Super Eagles, but in a must-win-match, and names to protect, the players have all spoken in one voice, saying ‘’it’s a do-or-die’’ against Bosnia.

Shola Ameobi : “We apologise to Nigerians but that was not the way we wanted it. It didn’t work out with the first game but be rest assured that we will get it right with the next one.”

Mikel Obi : “We still have two games to play. The next one is important to us and so it is for the Bosnians but we just have to go out there and play better.’’

Ogenyi Onazi : “Our spirit is still very intact; the team spirit is the key thing. We have apologised to Nigerians and then we have to face this one. We still have a great chance to succeed by qualifying and that is exactly what we intend to do with the match,”

Team coach, Stephen Keshi also assured Nigerians that they would see a totally different ball game when the Super Eagles file out on Saturday.

“As a Nigerian I am not happy we didn’t win the first match but I remain optimistic and confident that the Eagles will still qualify. All the players need now is the usual support and prayers from Nigerians to succeed,’’ he said.