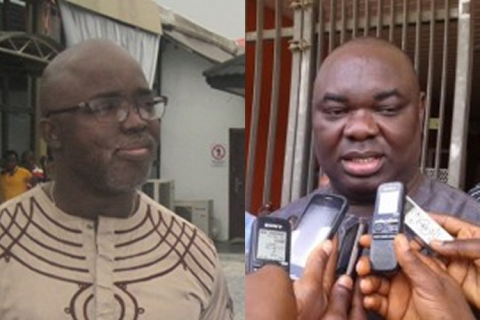 “I have set aside all the proceedings and decisions of the Warri Extra Ordinary meeting of the 20th September and the Elective Congress of 30th September which were direct contravention of the orders of this court as granted on the 19th September.” The Judge established.

Justice Allagoa therefore ordered that the status quo be maintained and directed all stakeholders to recognize Chris Giwa as the NFF Chairman.

Meanwhile, Pinnick legal team had filed an appeal against the judgment.

With the new development, Nigeria risks another ban from the world football governing body-FIFA, which threat unseated the same Giwa as NFF head after he emerged in a controversial election which held on Tuesday, August 26, 2014 in Abuja.

The judgment also suggests likely return of just relieved Super Eagles Chief Coach, Stephen Keshi. This hint was in a communique issued by the Giwa’s camp of the football house.