Nigeria Through to Knockout Stage Despite Narrow Loss to Argentina 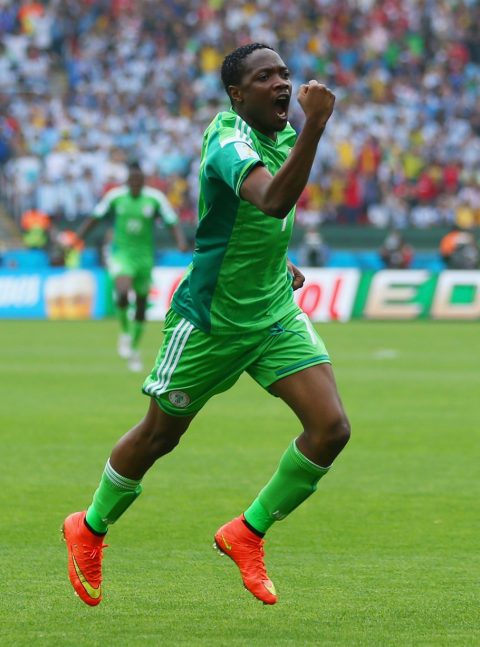 It took less than three minutes for the South Americans to break the deadlock.

Javier Mascherano fired an incisive pass to Angel Di Maria and while the winger’s shot was saved by Vincent Enyeama, the ball cannoned back off the near post and into the path of Messi – who shot high into the net. 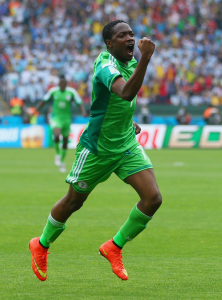 Super Eagles winger, Ahmed Musa celebrating one of his two goals against Argentina

One minute and 20 seconds later, however, winger Ahmed Musa leveled for the African champions. Nigeria were level. Musa skipped inside Pablo Zabaleta after receiving a lovely pass from Michel Babatunde, who broke from the midfield. The winger curled the ball brilliantly past Romero and into the far corner.

The Super Eagles, who had lost each of their previous world cup fixtures against the South Americans, successfully stifle Argentina’s attacking talents after a pulsating opening 10 minutes.

Despite their defeat, the African champions also progressed to the last 16, finishing second with 4 points as Iran were beaten 3-1 by Bosnia-Herzegovina.

Argentina will now face the runners-up of Group E, with either Switzerland or Ecuador their most likely opponents, while Nigeria will almost certainly play France.

Messi’s double means he is now joint top-scorer with Neymar on four goals.