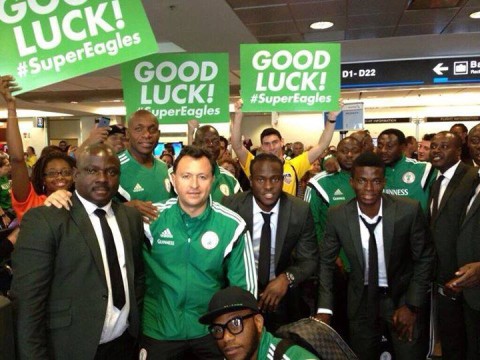 Notable Lagos based Nigerian musicians have come together to express support to the Super Eagles in their campaign at the 2014 FIFA World Cup tournament in Brazil which kicks off later today .

In the lead were: Ice Prince, Sasha P, Sheyi Shay, Nosa and Dammy Krane. They recorded a joint song titled ‘Fly Like The Eagles. The song was written and produced by Gospel singer Nosa.

Nigeria is making her fifth appearance at the FIFA organized World football competition. Super Eagles are playing their opening match against Iran on Monday, June 16.