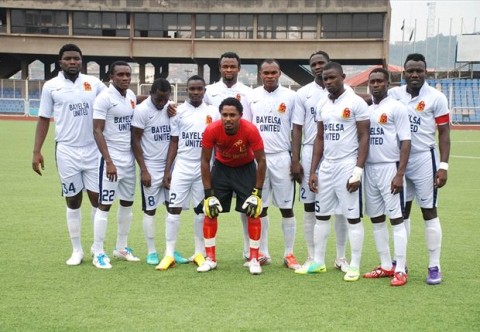 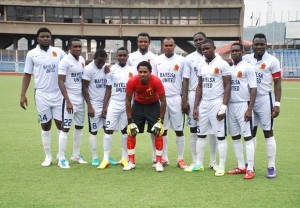 The Nigerian Globacom sponsored Premier League is gradually winding up as it enters its 34th round this week,  September 25th  2013 precisely.

As it stands today in the domestic league table, Bayelsa United of Yenegua is topping with 55 points, followed by league returnee, Elkanami Worriors of Maiduguri 54 points, defending champions, Kano pillars, is occupying 3rd position with 53 points, while Federation cup champions, Enyimba FC of Aba is placed 4rd with 52 points.

Rangers FC of Enugu is Presently occupying the 5the position with 48 points.

The annual round leather game competition is expected to come to an end after the week 38 matches.

The top three teams have no doubt displayed good impressive performances coupled with their home invincibility which has also helped them in garnering the fantastic results.

However,two times Caf Champions league winner Enyimba warriors of Aba,the Jewel of savanna team of Gombe United, The sea siders, Warri Wolves and the coal city boys Enugu Rangers are. Still keeping hope alive as the league progresses in case of any sleep off from the top three.

No thanks to their indifferent form, which has seen them, sit at the top echelon of the league summit at one time or the other.

The Afonja warriors from Ilorin, Kwara United , Oriental boys, Heartland  of Owerri and Dolphins of Port Harcourt are at the bottom  of the table with each of the not relenting despite their positions.

The clubs at the middle are strongly to rank among the TOP TEN TEAMS of the Nigerian Globacom premier League.

The bottom ten teams fall under two cathegories, those slightly above the drop or relegation zone and those within the relegation waters or comfirmed for relegation.

Their performances have been characterised by indifferent form that has made them so unstable in the season, Sunshine Stars being the most hit,having being in the continent in the last two seasons.

The situation as it stands now, is so difficult to determine the four teams that will be confirmed for relegation at the end of the season.