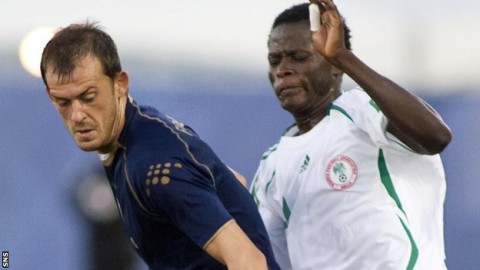 Police are already investigating Wednesday’s international friendly match between Nigeria and Scotland over claims it had been targeted by match fixers. 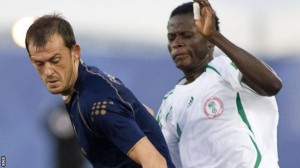 The National Crime Agency, which investigates serious and organised crime, is said to have asked FIFA to issue an alert over attempts to fix the Craven Cottage clash.

No Scotland players are understood to be involved and a Scottish FA spokesman said “We are liaising with the relevant authorities and will prepare for the match as normal.”

SFA head of security Peter McLaughlin is believed to have been in touch with the NCA over the last few days after officials were made aware of suspicions about the game.

The match is scheduled as a home fixture for Nigeria, who are finalising their preparations ahead of the World Cup in Brazil.

A spokesman for the NCA refused to comment on Wednesday’s game specifically, saying: “The NCA will from time to time provide operational detail necessary for public reassurance purposes.

“It does not routinely confirm or deny the existence of specific operations or provide ongoing commentary on operational activity.”

One British bookie said they were not aware of any unusual betting patterns on the match and that turnover on international friendlies was minimal.

There have been fears that World Cup warm-up games could be targeted by fixers from the Far East, and that they could even attempt to move their activities into the tournament itself.

Players will given special briefings about what to do if they think they have been approached, with an anti-corruption hotline – that can also be used used by referees – available.

Ralf Mutschke, Fifa’s head of security, said: “Fifa, and in particular myself, has to make the presumption that the World Cup itself is under threat and implement the maximum protection for our competition as we can,

“We are trying to protect the World Cup from fixing and we have set up a pretty wide range of measures to do so.”