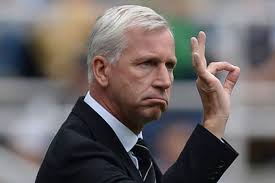 (AFRICAN EXAMINER) – Alan Pardew was hired as coach of West Bromwich Albion on Wednesday, securing a return to the Premier League after nearly a year out of management.

The 56-year-old Pardew signed a two-and-a-half-year deal as a replacement for Tony Pulis, who was fired by West Brom’s Chinese owner last week with the team near to the relegation zone.

Pardew inherits a team that is only two points above the bottom three, and is without a win in 13 games in all — 12 of those coming in the league. His first match in charge is on Saturday against Crystal Palace, the club that fired him last December.

“The immediate challenge will be to get the results we need to pull ourselves up the table,” Pardew said. “But I’m aware that while I’m joining one of the great, traditional clubs of English football, it is one determined to go forward in the Premier League.”

Pardew has also coached Newcastle, Southampton, West Ham, Charlton and Reading. West Brom was attracted by his experience of managing in the Premier League.

“Alan brings the experience of more than 300 Premier League games,” West Brom chairman John Williams said, “and the kind of dynamic leadership from which our club can benefit.”

Pardew was voted as the Premier League’s manager of the year in 2012 for guiding Newcastle to a fifth-place finish, but fell out of favor with the club’s fans and left for Palace in December 2014.

Again, he made a good start at a new club, lifting Palace out of the relegation zone and into the top half by the end of that season, but the south London team won only six of 36 games in 2016 and Pardew was fired before the year was over. He has since done some TV work./NBC Sports