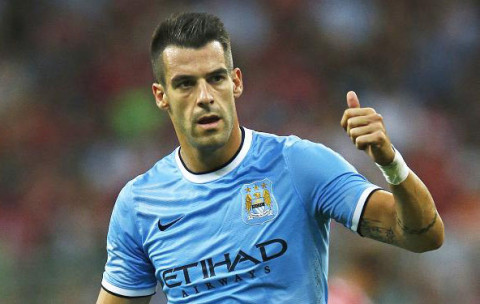 Referee Mike Jones was the subject of discussion by football analysts across the globe this weekend as Manchester City moved to the top of the Premier League with a 2-0 victory over Newcastle United following the centre man’s decision to controversially disallow Cheik Tiote’s goal. 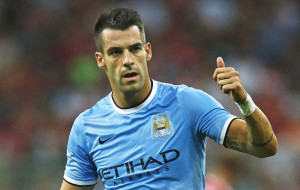 Out of favour striker Edin Dzeko put the visitors ahead after beautifully slotting in Silva’s cross in the 7th minute.

The early goal seemed to spur Newcastle on as they threw caution in the wind and pressed for an equalizer by constantly harassing City defense.

Their efforts seemed to have paid off when Ivorian midfielder Cheik Tiote found the back of the net with a powerful shot shortly before the end of the first half.

Tiote’s celebration was cut short after centre referee Mike Jones’ brief consultation with his assistant led to the goal being disallowed for an offside against Yoan Gouffran, who obviously did not interfere with play or obstruct England goalkeeper Jo Hat in goal for the visitors.

Analysts, including BBC Match of the day’s Gary Lineker believed the outcome would have been different had the goal stood.

Alvaro Negredo sealed City’s stay at the top of the league table with the second goal inside injury time.

As predicted by African Examiner sports two days ago, Chelsea and City have rotated the top spot between themselves in 24 hours following the Blues 2-0 win at the KC stadium on Saturday, leaving Arsenal to wrap the prediction up with anticipated victory at Villa Park that will see the Gunners reclaim their leadership on Monday.