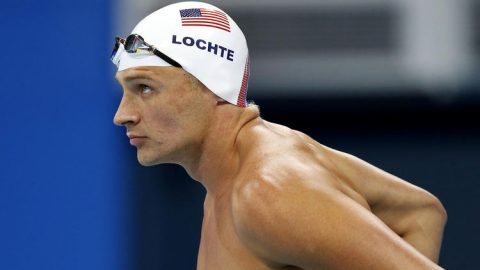 BALTIMORE, MD (AFRICAN EXAMINER) – Following his false allegation of being robbed in Rio during the just concluded Olympic games, four sponsors of US swimmer Ryan Lochte have terminated their commitment.

On its action, Speedo, which is the biggest of the four sponsors said: “We cannot condone behaviour that is counter to the values this brand has long stood for.”

It would be recalled Lochte lied about being robbed at gunpoint by a policeman after a night out during the last Rio Olympics.

Lochte, 32, who is a 12-time Olympic gold medalist, has earned millions of dollars through endorsements.

Reacting, Lochte stated that he respected Speedo’s decision and expressed appreciation to the organization, saying “I am grateful for the opportunities that our partnership has afforded me over the years”.

Similarly, Ralph Lauren, has removed some of Lochte’s images from its website and indicated that its sponsorship of the swimmer had been only for the Rio Olympics and would not be renewed.

The company and Airweave have stressed they would continue their support of the US Olympic and Paralympic teams.

Syneron-Candela said: “We hold our employees to high standards, and we expect the same of our business partners.”

Speedo on its own stated it would donate a $50,000 portion of Lochte’s sponsorship fee to the charity Save The Children’s Brazilian operation. His contract with the firm is expected to expire this year after 10 years.

The US business magazine Forbes recalled and calculated Lochte earned about $2m in sponsorships in 2012 London Olympics, from companies such as Gillette, Nissan, AT&T and Gatorade.

It would be recalled that Lochte initially alarmed about the robbery allegation, but later admitted that part of his accusation was distorted.