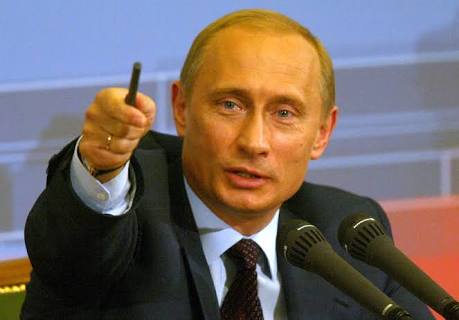 BALTIMORE, MD (AFRICAN EXAMINER) – Russian President Vladimir Putin has declared doping will not be condoned in Sports as the ban on his country to partake in the coming Olympic Games in Rio, Brazil is to be upheld.

It would be recalled the Russian track and field athletes have been banned from the Games which kick off in about three weeks time, due to claims that the country ran a state sponsored doping programme.

“Sport must be clean and the health of athletes must be reliably protected” Putin stressed, as he expressed his desire to appoint 81-years-old Vitaly Smirnov, to lead a new anti-doping commission.

According to him, Smirnov is an honorary International Olympic Committee member and a veteran of Russian and Soviet Sports administration, with an “absolutely unimpeachable reputation”; “the trust and respect of the Olympic family”.

Putin disclosed that he wanted the Commission to provide “rapid development and tough control for achieving a national plan on the fight against doping”.

The President reiterated “Everyone knows very well the situation around our application for the Rio Olympics and the well-known decisions associated with the use of doping.

“In this connection, I want to stress once again: The official position of the Russian authorities, the government and the President, all of us, is that there can be no place for doping in sport.”