Sound Sultan, Others Release Another Solidarity Song for Super Eagles 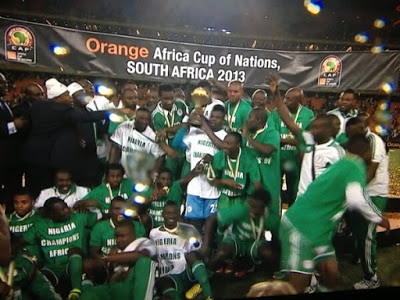 Solidarity to the country’s representatives at the ongoing Samba world football competition, Super Eagles persists as another hip hop star, Sound Sultan released a song titled (No Tension) to express support for, and motivate the squad. The song was released on Monday, which coincided with the team’s first match against Iran which ended in goalless draw at the progressing mundial.

The musician joins other artistes who have been lending their voice to the success of the national football team at the 2014 Brazil world Football tournament.