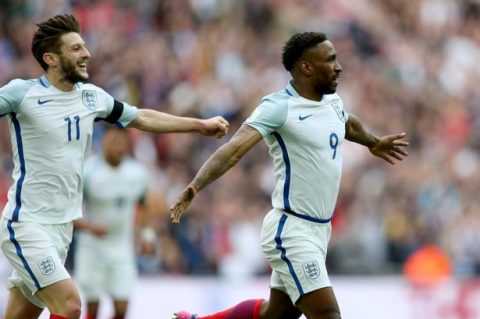 BALTIMORE, MD (AFRICAN EXAMINER) – England have recorded another comfortable step on the road to qualify for next summer’s World Cup tournament in Russia as they beat Lithuania at Wembley 2-0.

Gareth Southgate’s first game at Wembley since succeeding Sam Allardyce on a permanent basis provided few alarms as England remain firmly in control at the top of Group F.

Sunderland striker Jermain Defoe justified his call-up at 34 for a first England appearance since late 2013 with a typically clinical finish after 21 minutes and a lively performance that suggested he still has a part to play under Southgate.

Also, when Southgate needed a player to break Lithuania’s resistance after the break, he substituted Jamie Vardy who obliged from close-range in the 66th minute, converting a subtle touch from Liverpool’s Adam Lallana inside the area.

There was resentment from some quarters when Southgate recalled Defoe to the squad having last represented his country against Chile at Wembley in November 2013.

However his presence has proved represented perfect sense with a record of 14 Premier League goals and two assists in a Sunderland side propping up the table and England’s main striker Harry Kane out injured.