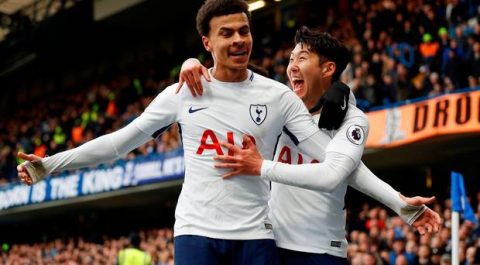 Dele Alli starred for Tottenham with two goals in a superb 3-1 comeback win against Premier League champions Chelsea to secure Spurs’ first victory at at Stamford Bridge since 1990.

Alli then made his mark after the break with two goals in quick succession, first breaking the offside trap to finish Eric Dier’s long ball after 62 minutes before tapping home a scruffy move four minutes later to claim an historic win for Spurs.

The victory boosts Spurs’ hopes of beating Liverpool to a top-three finish, while Antonio Conte’s Blues must now close an eight-point gap on their London rivals if they are to qualify for next season’s Champions League.