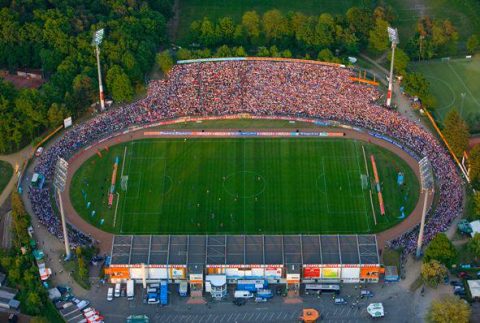 BALTIMORE, MD (AFRICAN EXAMINER) – German Bundesliga side, SV Darmstadt 98 has renamed their stadium in memory of a supporter Jonathan Heimes who died in March.

Late Heimes while still alive raised hundreds of thousands of euros for charity before he lost battle with cancer, at age 26.

Accolades have poured on the late ardent supporter of the club.

Darmstadt President Rudiger declared “Jonathan was a strong companion of Darmstadt success,” Fritsch. “Despite his illness, Jonathan has repeatedly given the team a lot of energy.”

Heimes’ father Martin acknowleged that the club and its sponsors have made a “great gesture”.

The club which played in the third division of German Football until 2014, ended 14th, in the Bundesliga last season, due to back-to-back promotions.

SV Darmstadt’s first game at their newly re-branded stadium is this Saturday’s Bundesliga encounter with Eintracht Frankfurt at (14:30 BST).