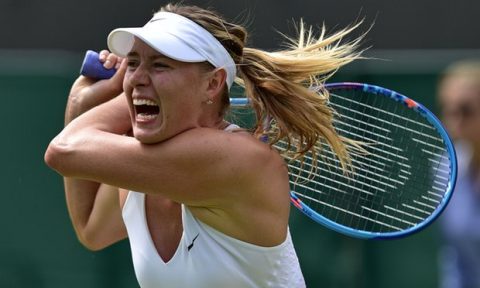 BALTIMORE, MD (AFRICAN EXAMINER) – Following the tournament officials’ decision not to give the two-time champion a wildcard, Maria Sharapova will miss the French Open.

The 30-year old Russian, was ranked too low to gain direct entry as she continues her return from a 15-month drugs ban.

Sharapova had been hoping to receive a wildcard either into the main draw or the qualifying tournament.

The former world number one has not played a Grand Slam since she was tested positive for heart disease drug meldonium at the 2016 Australian Open.

This earned her an initial two-year ban, but later reduced to 15 months after the Court of Arbitration for Sport found she was not an “intentional doper”.

Sharapova returned to action without a ranking last month and has since risen to 211 in the world after receiving wildcards in Stuttgart, Madrid and Rome.

This will be enough to at least earn a qualifying spot at Wimbledon next month.