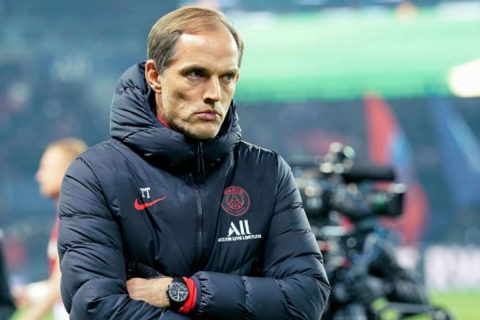 (AFRICAN EXAMINER) – Thomas Tuchel said he was excited with his new team in spite of seeing Chelsea draw 0-0 with Wolves in his first match as manager on Wednesday.

The German, who replaced Frank Lampard on Tuesday, watched his side create 14 shots on goal but saw them unable to find the breakthrough.

The point was enough to lift them to eighth and the former Paris St Germain (PSG) and Borussia Dortmund manager said he could not wait to get stuck in to his new role.

“I enjoyed it a lot because I was very happy with the intensity, the attitude, energy and quality of my team. We were well organised, had a lot of ball recoveries in the last third, never lacked intensity,” he said.

“We stepped up minute after minute in the second half. I was very happy performance-wise. Unfortunately we couldn’t score. If we take care of our performance like this, the results will come.”

Tuchel said he was surprised his side had played so well after just 24 hours together.

“I didn’t expect it to be on this level from one training and two meetings. It gives me a good feeling for the future,” he said.

Burnley came from behind twice to beat Aston Villa 3-2 in the night’s other early match, following up their win over champions Liverpool last time out.

Ollie Watkins put Aston Villa ahead and, though Ben Mee headed an equaliser, Aston Villa were ahead again when Jack Grealish lashed in a second goal on 68 minutes.

But Burnley levelled again on 76 minutes when Dwight McNeil’s cross found its way into the net and Wood then headed the winner three minutes later.

Burnley stayed 15th, but are now three places and nine points above the bottom three.

“It’s all about character in our team and we’ve got an abundance of it,” Wood said. “We like to show people what we are about and what Burnley are about.

“I’m just grateful the ball went in and it was a big three points for the guys. We’re always trying to build confidence as a side we just want to keep building and to go forward.”

Aston Villa manager Dean Smith said his side should have won the match.

“The game should’ve been over at half time, the chances that we created, they were quality chances,” he said.

“With the mentality of these players, I’m disappointed tonight because that’s an opportunity wasted. I don’t take pluses from this game at all. We did enough to get the points. So, I am not happy.”

Manchester United can go back to the top of the 2020/2021 English Premier League (EPL) if they beat bottom side Sheffield United later on Wednesday.

Third-placed Leicester City are away to Everton and Brighton were playing Fulham.(dpa/NAN)