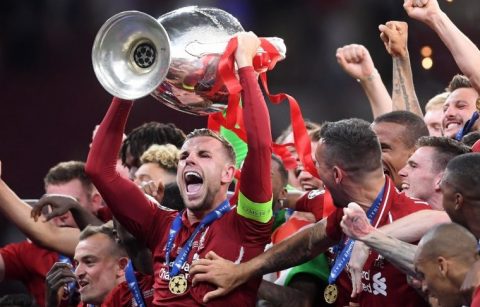 Mohamed Salah opened the scoring by converting a penalty kick in the second minute and substitute Divock Origi sealed the victory with a low shot from inside the area in the 88th, securing Liverpool the title a year after it lost the final to Real Madrid.

Meanwhile, Liverpool manager Jurgen Klopp has said winning the Champions League is the “best night of our professional lives”.

“Did you ever see a team like this, fighting with no fuel in the tank? I am so happy for the boys, all these people and my family. They suffer for me, they deserve it more than anybody,”

“It was an intense season with the most beautiful finish I ever could have imagined.” he said.