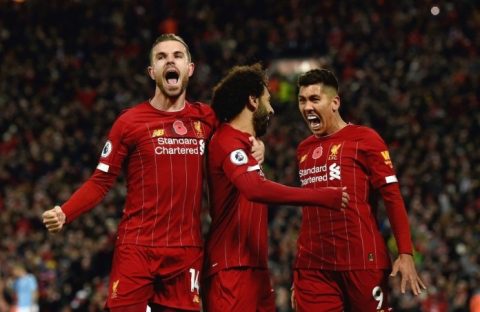 (AFRICAN EXAMINER) – Liverpool registered a 3-1 victory over Manchester City in what could turn out to be one of the biggest results of the ongoing English Premier League season.

Liverpool midfielder Fabinho opened the scoring in the sixth minute through a thunderous strike. Mohamed Salah doubled his side’s lead only seven minutes later as he headed in an early cross from Andy Robertson.

Their third goal was scored by Sadio Mane in the second half, who scored from a header as well.

Pep Guardiola was humbled at Anfield even as he sarcastically blamed the referee and the VAR for his side loss to Liverpool.

The Manchester City manager complained about VAR and “the big bosses” in charge of the controversial refereeing support system.