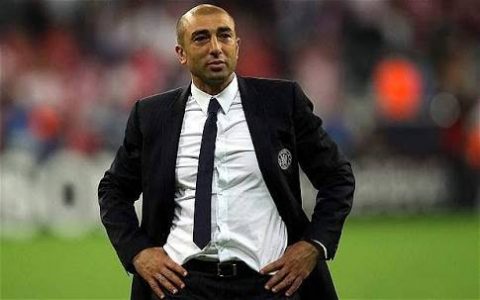 Roberto succeeds Remi Garde, who was sacked in March this year, before the club’s relegation from the Premier League.

The new Manager who led his former club to the Champions League victory in 2012, is to be assisted by his former Blues team-mate Clarke.

The new Villa owner and Chinese businessman Dr Tony Xia, whose takeover is still awaiting Football League and Premier League approval, is convinced that Di Matteo will improve the club’s fortune in the Championship.

The Italian has not managed at Championship level since 2009-10, when he guided West Brom to an immediate return to the top flight.

Ever since 2011, the ex-Italy midfielder, who played 32 times for his country, has been sacked by the Baggies and Chelsea.

He quit Bundesliga side Schalke in May 2015 after failing to qualify for the Champions League.