Worst Day of My Life- Scolari 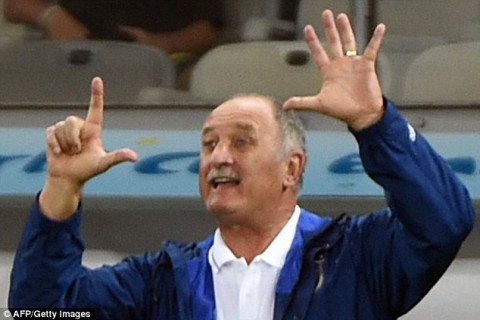 Brazil boss Luiz Felipe Scolari has claimed that the 7-1 semi-final humbling by Germany was “the worst day of my life”, as he asked the Brazilian fans for forgiveness.

“I am responsible (for the) catastrophic result, ” he said following the record defeat in Belo Horizonte.

“I made the choices. I was responsible.”

“We ask for forgiveness for the result. We thank the fans for their support even during this defeat. 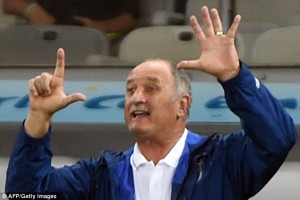 “Germany played their best game of the World Cup, and we played our worst. This is probably the worst day of my life.”

“We got disorganised, panicked after the first goal,” the former Chelsea boss admitted. “It all went wrong for us… but I will live with the consequences.”

“I couldn’t change anything… it was one goal after the other. There was nothing to be done during that breakdown.”

Brazil will now play in Saturday’s third-fourth place decider and Scolari tried to look to the future.

“We have to show that this was an atypical game and work out how to come to terms with it. It’s happened; life goes on.

“Life doesn’t end with this defeat. We’re going to keep working ahead of the next game.”

“I don’t owe anything to anyone. I’ve done a good job, like I have done everywhere. It’s one defeat..three in last 18 months.

“What happened today had little to do with how we had been playing. We lost control… that’s not normal but it happens.”