Buhari, Obasanjo Congratulate Biden Over His Election As US President 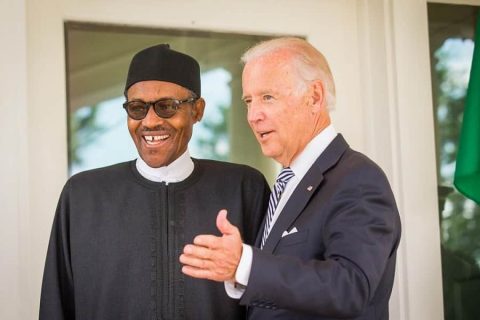 In a statement issued on Saturday the Nigerian president stated that the emergence of Joe Biden was crucial “at a time of uncertainty and challenges in world affairs”.

He said: “Your election is a significant reminder that democracy is the best form of government because it offers the people the opportunity to change their government by peaceful means.

“The most powerful group are not the politicians, but voters who can decide the fate of candidates for elective office at the polling booth.
“The main benefit of democracy is the freedom of choice and the supremacy of the will of the people.

Similarly,  Obasanjo urged  Biden to “restore confidence in the role of America as the largest economy in the world which has a very significant responsibility for the peace, security, stability and progress of the world, saying “the election was a victory of good over evil” which was for most people of the world.”

He regretted that “the majority of the people had watched helplessly as the world was being pulled down.”

“Not that the world was perfect and equitable, but it was reasonably predictable with some measure of rule of law and respect for international agreements and treaties,” it was stated.