The fight between the Association of Igbo Youths (AIYO) and Movement for the Actualization of the Sovereign State of Biafra (MASSOB) had taken a new twist with the Igbo Youths giving ultimatum to Uwazurike to evacuate and bury the corpses of slain MASSOB members abandoned in mortuaries between 2003 and 2013. 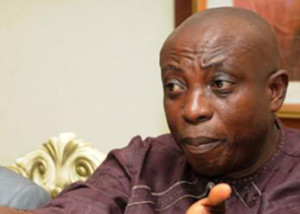 In a petition sent to the President General of Ohanaeze Ndigbo and copied to the Secretary General of Ohanaeze and all the Governors and ex-Governors of the South East, the Igbo Youths asked the leader of MASSOB, Chief Ralph Uwazurike to use the millions he collects from MASSOB members monthly and billions of naira he collects from politicians to give the slain MASSOB and AIYO members befitting burial.

An excerpt of the message sent to the President General of Ohanaeze Ndigbo and copied to prominent Igbo leaders reads thus;

“To The PG Ohanaeze Ndigbo
“His Excellency Sir,

“In order to restore peace , sustain nascent unity of Ndi-Igbo, as Chairman of Imeobi Ohanaeze, pls Sir, direct Uwazurike, MASSOB leader to go to mortuaries in Igboland, particularly in Onitsha and collect the corpses of MASSOB members, members of AIYO killed in 2003, 2006, 2012, and 2013 while carrying out MASSOB acts.”

“We, Aiyo, Ndi Otu Jesus Christ Ji Ofo Na Ogu Alu OLu maka Odimma Ndi Igbo, hereby give Uwazurike & MASSOB ultimatum to use the millions that MASSOB members contributes monthly and the billions he receives allegedly from governments and politicians to give these dead members of MASSOB and AIYO Befitting Burial Now.”

“Despite appeals from Okpalaukwu, the leader for Peace, AIYO can no longer keep calm while MASOB abuse Ndigbo and kill us.”

The message was sent by the National Co-ordinator of Association of Igbo Youths, Mazi Chukwuemeka James Ugah who claimed to be an ex-MASSOB General and Commander of MASSOB Security.

During the period Ohanaeze leaders met with President Jonathan at Abuja, the leaders of AIYO and MASSOB met with the President General and Secretary General of Ohanaeze Ndigbo , Chief Gary Igariwey and Dr Joe Nwaorgu respectively and other top Igbo leaders and they promised to look into the matter. They also participated in the presidential parley with Ohanaeze Chieftains but soon after the presidential visit, hostilities resumed.

It would be recalled that two months ago the Igbo Youths dragged MASSOB leader, Uwazurike to the Assistant Inspector General of Police in a petition where they alleged that the latter ordered the murder of 18 of their members in June 2013 for denouncing the extortionist activities of MASSOB.

They alleged that Uwazurike has turned MASSOB into a business outfit which he uses to collect Billions of naira from politicians.

Following the tensions created by the petition, clerics under the aegis of GAAICOM mandated Rev Obinna Akukwe and other ministers to liaise with both MASSOB and AIYO to ensure that Igboland is not turned into a theatre of war at a time when other zones are preparing for 2015. The former Governor of Anambra State Dr Chukwuemeka Ezeife and the proprietor of Rojenny Oba, Chief Remy Ezeonwuka also joined the clerics to intervene asking the aggrieved youths not to wash dirty linen in public.

During Ohanaeze controversial visit to President Jonathan, the leaders of MASSOB and AIYO were seen together discussing at the State House and those present hoped that the feud will cease. However, AIYO members have insisted that the only remaining condition was for Uwazurike to evacuate the abandoned corpses from the morgue and give them befitting burial.

In the earlier petition sent to the Assistant Inspector General of Police, Zone 9 Umuahia, on the 1st of November 2013 and signed by  their National Coordinator Comrade Chukwuemeka Ugah and Anambra State Coordinator Mr Odinkpo Ananwude respectively, the Igbo Youths alleged among other thing that

A prominent MASSOB leader at Onitsha who pleaded anonymity told Rev Obinna Akukwe and other clerics that it was the army, police and SSS that killed the MASSOB members under the orders of Governor Peter Obi especially during the 2003 shoot at sight order and therefore the agents of state should take responsibility for their burial. He described Uwazurike as the best thing to happen to Igboland and called on AIYO members to ask for forgiveness and return to the fold for the sake of Igbo unity.