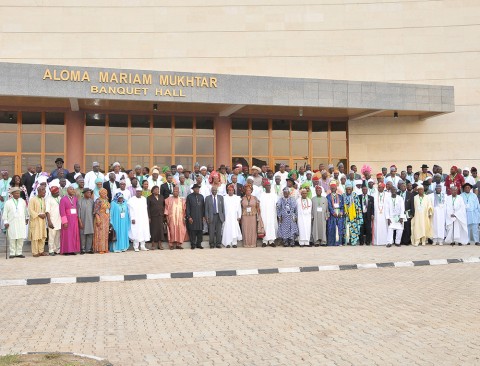 Sixteen out of the 20 Committees set up by the on-going National Conference to consider certain critical national issues, on Monday submitted their reports at the resumed plenary session of the Conference for consideration and adoption. 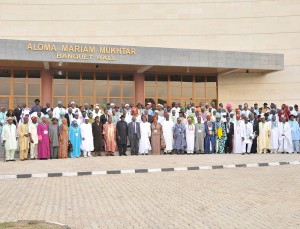 Chairmen of the remaining six committees promised to submit their reports before close of session on Tuesday. They cited different reasons for the minor lateness in the submission of their reports.

Also submitting their reports were the Committee on Agriculture; Public Service; Energy; Foreign Policy and Diaspora; Public Finance and Revenue; and the Committee on Political Restructuring and Forms of Government.

Committees that would submit their reports on Tuesday include the Committees on Devolution of Power; Transportation; Civil Society, Labour and Sports; and the Committee on Political Parties and Electoral Matters.

The presentation of reports was done by either the co-chairmen of committees where such were appointed, or the chairmen and their deputies or any of them present at the sitting.

Conference Secretary, Dr Valerie-Janette Azinge, announced that formal presentation of the report with insight into discussions and recommendations, and comments by members would start from Wednesday May 21 and that each chairman would be given 30 minutes to make the presentation.

She informed the Conference that in a bid to ensure orderliness during debate, a register would be opened at the Secretariat for delegates wishing to speak for or against any recommendation to submit their names so that they would be called upon to do so in an orderly manner.

High Chief Raymond Dokpesi was not comfortable with the suggestion on the grounds that if delegates would only be allowed to speak based on a prepared list, and at the discretion of the presiding officer, a lot of people would feel discriminated against. He preferred group representations.

Another member, Mr Dan Nwanyanwu, supported the decision of the secretariat but said the reports should be made available early enough so that members could study and prepare their minds for the debate.

After some arguments based on suggestions that only leaders of interest groups should be allowed to speak, it was ruled, based on majority voice votes, that the position announced by the secretary be sustained and applied during debate.

The secretary also announced that the debate will kick-off on Wednesday with the reports of four Committees namely: Environment, Religion, Land Tenure and National Boundary Matters, and Citizenship, Immigration and Other Related Matters.

A delegate, Mr Ledum Mitee, suggested that the register should only have names of those who do not agree with certain sections or recommendations of the reports and that anybody who has nothing to disagree in the report should not be allowed to speak. Members of the Committee should also not be allowed to speak as it is assumed that the recommendations were agreements reached by members of that Committee.

His position tallied with that of Hajiya Ramatu Bala Usman of the National Council of Women Societies who said it would be superfluous for those in support of recommendations to start praising the committees since the Conference could better utilize such space of time to consider other reports.

Conference Deputy Chairman, Professor Bolaji Akinyemi, explained that even those in support of certain issues and recommendations of different Committees might be allowed to speak because of the need to offer certain clarifications in support of decisions taken by Committees.

The session had however started with a motion by Mr Orok Duke from Cross River State asking the Conference to demand urgent remedy of what he called precarious security situation in the country and equally join the campaign for immediate release of school girls abducted by the Islamist extremist group, Boko Haram.

The motion also implored the Conference to pass a resolution in support of the voluntary involvement of certain multi-national military forces in the operation to rescue the school girls said to number more than 200.

However, Mr Femi Falana, SAN, citing Section 217 of the 1999 Constitution which vests the power of defending the territorial integrity of the nation in the Nigerian military, said no resolution in support of other countries involved in handling the insurgency should be adopted by the Conference.

He was immediately opposed by Iyom Josephine Anenih who insisted that the outpouring of emotions by men and women across the world was such that Nigerians should be grateful and publicly express such gratefulness.

Also Chief Mike Ahamba, SAN, disagreed with Falana saying that Nigerians must not behave as though nothing was being done by the Nigerian soldiers and government, adding that many of the soldiers have lost their lives in the course of the war against terror. He pointed out that the issue Nigeria is grappling with is of trans-national nature and not an internal crisis or conventional warfare. He explained that the country was dealing with transnational terrorism which required the combined efforts of the international community to tackle.

Ahamba said the Conference must acknowledge the efforts of Nigerian soldiers instead of constantly condemning their weaknesses; “let us encourage them in what they are doing and tell them to do more. We must commend the international community for coming to our aid.”