OPINION – COVID-19: What the Presidential Address Did Not Address 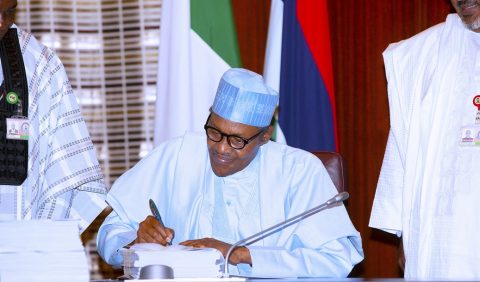 (AFRICAN EXAMINER) – There have been mixed reactions on the disposition of President Muhammadu Buhari in addressing the nation on the coronavirus (COVID-19) pandemic. While some people feel that it may not be necessary for him to do so, not a few people felt this was crucial because of its severity of the pandemic because of the festering rumour that Mr. President was ill and that he had been flown out of the country, glaring responses of others heads of state, to douse tension and the import of talking to the citizens at this low moment. Strategic communication is an essential part of public administration.

At last, the President’s short address touched on the measures that the Federal Government had put in place on planning prevention, containment, and curative plans before the disease hit the nation, assuring that efforts were ongoing to link up with institutions towards finding a solution that would be certified by international and local medical authorities.

He urged Nigerians to support the Federal Ministry of Health and Nigeria Centre for Disease Control (NCDC) and the Presidential Task Force. President Buhari stated that the government had introduced healthcare measures, border security, fiscal and monetary policy responses with an initial intervention of N15 billion, recruited hundreds of ad-hoc staff to man call centres, support tracing and testing efforts in addition to the training of selected medical representatives from armed forces, paramilitary, security and intelligence personnel.

Stressing the need for consistency in policy guidelines between federal and state agencies, the President, who gave the casualty figures, disclosed that inter-state and intercity movements were being restricted to prevent further spread. In this regard, he announced the cessation of all movements in Lagos State, Federal Capital Territory and Ogun State for an initial period of 14 days effective from 11 pm on March 30. According to him, all seaports in Lagos would remain operational following previous guidelines and that the government would develop a better strategy on how to sustain the school feeding programme without compromising social distancing policies.

There is also the granting of three-month repayment moratorium for all borrowers in the TraderMoni, MarketMoni and FarmerMoni facilities with immediate effect alongside all the Federal Government-funded loans issued by the Bank of Industry, Bank of Agriculture, and the Nigeria Export-Import Bank, among others while for the most vulnerable in the society, the conditional cash transfers for the next two months has been approved for immediate payment while internally-displaced persons would receive two months of food rations.

Furthermore, Federal Government’s stadia, pilgrim camps, and other facilities are to be converted to isolation centers and makeshift hospitals. The President appreciated the contributions of individuals, the private sector and development partners, assuring that all contributions and donations would be coordinated and centralised to ensure judicious spending. He promised that relevant government ministries, departments, and agencies were working hard to bring the deadly virus under control, as the President further commended public health workforce, health care workers, port health authorities and other essential staff for their selfless service to the nation.

Analysis of the provisions announced by the President bordered on restricting people’s movement to encourage social distancing without adequately addressing germane factors that could make the directives effective. It is acknowledged that the President cannot attend to peoples’ concerns in an address of about 20 minutes. To begin with, no specific intervention was made to ensure a regular supply of electricity. As argued in my earlier articles, there is no way that people can be made to stay indoors as long as the public power supply remains epileptic. How many people can afford to buy petrol or diesel to run generators for a long time that cannot be ascertained? Presidential order that would have largely ensured a constant supply of electricity should have been given.

Another important area left out is the salary of public servants. The directive should have been given for an advance payment of two months’ salary of workers. This would have enabled them to plan. As it is now, many public servants are likely to be financially incapacitated. Private sector employees should have equally been encouraged to pay their employees by rewarding them in turn with generous tax reliefs and other incentives.

Already, prices of food, consumables and other household items have been jacked-up. Pensioners seem to have been left out in the scheme of things. As arrangements were made for internally-displaced persons, old persons and Senior Citizens should have been captured since the essence of the any meaningful intervention package is to provide social security for eligible persons including the poor and needy. Old people are vulnerable to infections because of their weak immunity.

No doubt, many factories, companies, and production firms and service-oriented organisations are to remain shut down. The window offered to loan beneficiaries listed in the presidential address is meager when compared to the several affected companies. Special loan packages should be extended to them repayable over a reasonable period.

Surprisingly, no direct intervention was extended to the many reputable, indigenous and impactful non-governmental organisations complementing government’s efforts in tandem with the United Nations Sustainable Development Goals. There is a lot of work that would be done in the next few weeks. NGOs should be carried along in salvaging the nation from this scourge.

Nigeria can learn from other democracies. Just before the presidential address, I received an alert update from the Prime Minister of Canada, Justin Trudeau on the various intervention programmes unfolded for his citizens. These include support for individuals and families; increasing child benefit; special goods and services tax credit payment; giving of extra-time to file income tax returns; mortgage support; intervention for people facing unemployment, and people who are unable to work; women’s shelters and sexual assault centre; intervention for students and recent graduates, support in providing small business with wage subsidies; and access to credit, among others. We can borrow some of these lofty interventions from Canada or other countries.

Since President Buhari has assured that the initiatives would be reviewed from time to time, it is not too late for some of the points raised to be looked into in the best interest of the people and the state. More importantly, the government should be sincere with the figures been churned out to the public, law enforcement agents should do their work with human face while relief items should not be diverted. On a final note, more generous donors should come out and alleviate the plight of the people healthwise, materially, and financially.