Pogba, Martial Out Of France Squad Over Injury 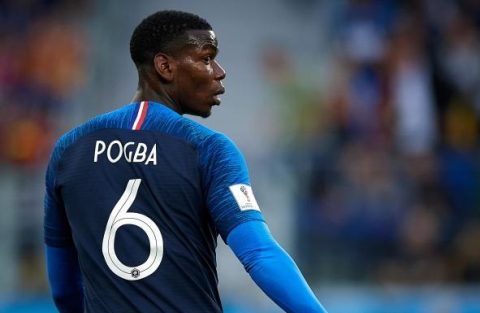 (Reuters/NAN) Paul Pogba and Anthony Martial have withdrawn from the France squad for matches against the Netherlands and Uruguay due to injury, the French Football Federation (FFF) said on Monday.

Pogba was diagnosed with a muscular lesion in his left thigh while Martial suffered an adductor issue.

Midfielder Pogba missed United’s 3-1 away defeat by Manchester City in the English Premier League on Sunday.

Forward Martial played 90 minutes and scored United’s lone goal from the penalty kick spot in the second half.

The injury setback will be frustrating for Martial, who had fought his way back into the national squad after scoring six goals in his last five league appearances for Manchester United.

The pair have been replaced by Tottenham Hotspur midfielder Moussa Sissoko and Arsenal striker Alexandre Lacazette.

World champions France visit the Netherlands in the UEFA Nations League on Friday before facing Uruguay in a friendly on Nov. 20.(/NAN)