US Singer, Prince Dies At 57 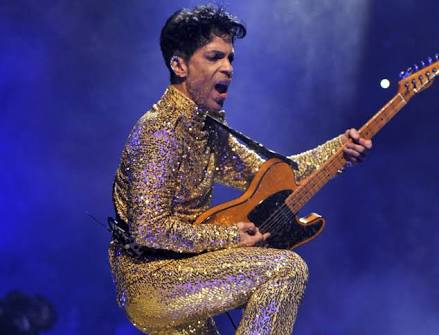 The Legendary Musician according to his publicist, died in his home in Minnesota at the age of 57.

Earlier Thursday, media report indicated that Police were called to a medical emergency at his Paisley Park estate, while investigation is still underway.
It would be recalled Prince became a global superstar in the 1980s, with albums such as 1999, Purple Rain and Sign O’ the Times. The late artiste sold over 100 million records during his career.

Prince, a singer, songwriter, “arranger” and multi-instrumentalist, recorded over 30 albums. His best known hits include Let’s Go Crazy and When Doves Cry.
In 2004, Prince was inducted into the Rock and Roll of Fame with the Hall saying he “rewrote the rulebook”.
His health complication dated last week when he was rushed to hospital hours after performing on stage, but later discharged.

Already, tributes have been pouring in torrent on social media, while fans have been gathering at his Paisley Park estate.