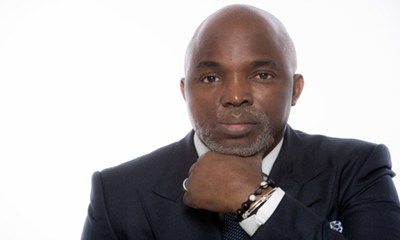 (AFRICAN EXAMINER) – The incumbent President of the Nigeria Footbal Federation NFF Amaju Pinnick has been re-elected.

In an exercise which took place Thursday in Katsina, Pinnick emerged the winner with a total of 34 votes to beat three other contestants, including his immediate predecessor, Aminu Maigari who polled eight votes.

Other contestants were Chief Taiwo Ogunjobi who got two votes while Chinedu Okoye did not have any vote.

A total of 44 delegates from states Football Federation and other bodies including coaches, referees’ associations and players unions, participated in the election.

The result of the voting was announced by the Chairman NFF Electoral committee Muhammed Katu announced the results, in the presence of FIFA representatives, Luca Piazza and Solomon Mudege.

The exercise also featured elections into the offices of first Vice President, Chairman of Chairmen as well as other members of the NFF board.