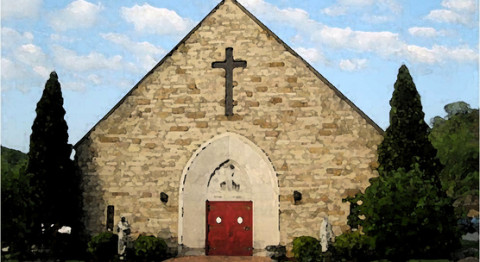 In a renewed determination to oppose homosexuality, Diocese of the Niger, Anglican Communion has vowed to sustain war against same marriage in the country and in other parts of the globe.

Bishop of the Niger, Rt. Reverend Owen Nwokolo, announced the resolve in a Presi­dential address to mark 29th Synod of the Diocese at St. Monica’s Anglican Church, Woliwo, Onitsha, Anambra state.  Rev Nwokolo said the church was reputed for its revolt on any principle contrary to the Christian faith.

The cleric, while urging Christians in Nigeria and across the world to uphold their faith, noted the church was passing through a turbulent time which according to him, could be overcome only via prayers, insisting it was only the faithful that would be will be salvaged.

“The church is aware of the ministry of marriage between man and woman, we shall resist any other teaching that says otherwise, we have risen to challenge on other teaching or doctrine that will be contrary to the original mission and value of marriage in the name of same sex marriage and I urge Christians to say no to such an evil act”, Rev. Nwokolo stressed.

He also called on President Goodluck Jonathan to revisit exclusion of the nation’s foremost Bish­op, Samuel Ajayi Crowther from the list of eminent Nigerians recently honoured dur­ing the last centenary celebration. The Bishop declared: “We are not happy that Bishop Samuel Ajayi Crowther who was the first Bishop in Nigeria was not honoured during the last centenary posthumous award and we call on Presi­dent Jonathan to find a way in nearest future to correct this great error and give honour to whom honour is due”.

While the Cleric expressed worry on the insecurity challenge in the country, he lamented it was unfortunate that the insurgency has infiltrated virtually into every part of the country.

He urged delegates at the ongoing national conference to produce a document that will promote true federalism instead of galvanizing on the ethnic and tribal sentiments.