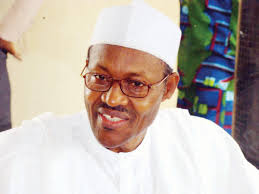 ABUJA, NIGERIA (AFRICAN EXAMINER) – President Muhammadu Buhari spent below 50,000 pounds on ENT treatment when he traveled to UK in June this year.

Reacting to allegation by Prof. Farooq Kperogi on six million pounds as being expended for the same treatment, Mr. President SSA on Media and Publicity, Mallam Garba Shehu, assured that he was ready to share documents with Prof. Kperogi who he described as one of the brightest ever produced from the Bayero University Kano (BUK) that the whole treatment, including a follow-up visit by a specialist to Nigeria ‘’didn’t cost 50,000 pounds’’.

‘’For the records, the administration advanced a higher sum, but the President’s doctor returned the balance to the treasury’’ Garba restated in a statement issued late Sunday.

While urging Nigerians to avoid confusing the public with issues, the Presidential aide indicated ‘’given the austere President we have, Muhammadu Buhari would not have approved this amount if he was shown a six million Pounds bill’’.

‘’I won’t be surprised if the President may have asked if the fat bill was for the purchase of a brand new pair of ears!’’, Shehu stated.

On the allegation, Shehu declared that the story appeared like an incredible tale by moonlight that belongs to a different era, which fortunately is now history. He added that it was like when a ‘’fortunate lady saved USD15 million for medical treatment!’’

He however posed whether it was possible that the account of the reputable journalism teacher was hacked, saying that in view of this, would give the allusion ‘’benefit of the doubt’’.