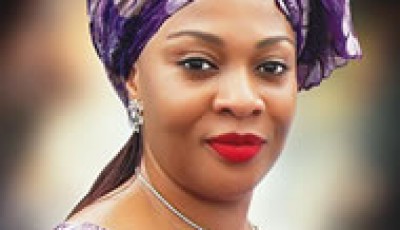 Amaechi made this known in Lagos at the 3rd Maritime Stakeholders’ Interactive Forum he hosted along with Saraki.

He said that while Saraki was taking care of the maritime agencies, he would be focusing on the railway sector.

Amaechi decried the delay in the take-off of the 195 million dollars maritime security contract awarded to an Israeli firm, HSLI.

He said that the contractor had been coming up with excuses for the delay.

`This is not good enough because we are losing man hours, human beings and business to insecurity on our waters,” he said.

On the railways,  Amaechi said that government had approved 5.3 billion dollars for the construction of rail from Ibadan to Kano and was working towards connecting the rail to the sea port between December and January next year.

He also said that there would be a collaboration between the Nigerian Ports Authority and the National Inland Waterways Authority (NIWA) to achieve efficiency, while more vessels would be bought.

On security, he said that they would be working with the army, navy and other security agencies.

He said that 10 per cent of issues on the waterways had to do with recklessness.

The minister noted that in 2016, the President gave approval for single window, as Nigeria was the only country in West Africa without one.

Amaechi said that before the end of 2020, the country would get a single window.

He said it was a facility that allowed parties involved in trade and transport to lodge standardized information and documents with a single entry point to fulfill all import, export, and transit-related regulatory requirements.

Saraki, on her part, promised to work on issues associated with cadets having sea-time in Nigeria.

According to her, having chaired the Senate Committee on Marine Transport for four years, she has .an idea of what to do, but will take her time because of new issues like insecurity.

“We want to know how many jobs the maritime sector will create,” she said.

Meanwhile, the Executive Secretary of the Nigerian Shippers Council (NSC) Hassan Bello said that by the  end of October, 35 per cent of the costs in the sector would be reduced.

He appealed to the Seaport Terminal Operators of Nigeria (STOAN) to also come on board to make the sector more competitive.

“We are actually competing with the cost and demurrage, and 35 per cent of the cost will be removed by next month, that is with the shipping lines,” he said.

According to him, there is the need to make the ports attractive, and government needs to improve on the infrastructure, while the private sector also play their part.

He lauded the management of the Nigerian Ports Authority (NPA) for creating a truck transit park which  had reduced the freight rate in the sector.

He said that in Apapa for instance, with the intervention of NPA by creating the truck park, things are a little bit easier now.

Some stakeholders at the event requested for an intergrated transport system to help unlock the maritime potential in Nigeria.

According to them, the manufacturing sector is dependant on maritime transportation and presently, majority of cargo destined for Nigeria go to other countries port.

“If the country is regarded as the port of choice in discharging cargo, it will create opportunities for the maritime industry, for there will be more work.

“Cost is driving shippers out of the ports, government need to create conducive automophere, sustain the reduced cost of the port, monitor excesses of government agencies especially with their charges.

They also called for gender mainstreaming —  as a policy in the ministry and parastatals — where women would be given equal opportunities as regard projects, as their male counterparts in the industry. (NAN)