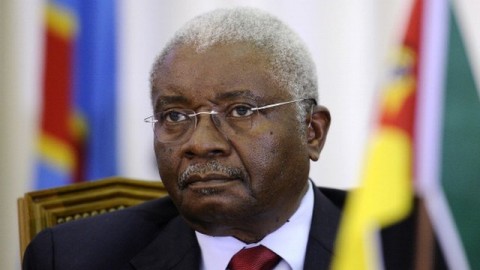 As preparations for the Southern Africa Energy and Infrastructure Summit (SAEIS) holding in Maputo, Mozambique, gather momentum, there are strong indications that the Summit will break new grounds in consolidating regional co-operation.

This year’s SAEIS which is slated for 4th to 6th of May, will among other things, celebrate regional co-operation and promote energy and infrastructure projects that require both private and public sector support in order to be realised. It will also explore some of southern Africa’s success stories with a view to replicating such positive developments.

The Summit is coming at the heels of the recent announcement of a whopping $200 million investment by Gigawatt  Mozambique in conjunction with several global stakeholders including Standard Bank and the World Bank, to take the country’s power sector to the next level.

In addition, the investment is also aimed at assisting to harness Mozambique’s natural-gas resources, which will further benefit many of Mozambique’s neighbours in the southern Africa region.

The Summit, according to a statement made available to African Examiner, will equally hear from key stakeholders participating in the Moatize/Nacala railway project, which will run between Malawi and Mozambique, an infrastructure project set to re-define southern Africa and its investment potential.

The proposed $200 investment and several other projects in the Southern African Development Commission (SADC) region, according to EnergyNet Limited, organizers of the event, will be presented and discussed at the Summit.

EnergyNet organises a global portfolio of investment meetings, investment forums and executive dialogues focused specifically on the power and industrial sectors across Africa.

The company also produces the popular Powering Africa which is basically a Series-in-country investment meetings which provide a more detailed perspective on the investment landscape and power generation potential of countries such as Nigeria, Mozambique, Tanzania, Ghana Ethiopia, South Africa and Egypt.

Veronica Bolton-Smith, EnergyNet’s Regional Director for East and Southern Africa, noted that regional development is the key to unlocking Africa’s energy investment potential, adding that SAEIS will bring together countries from the SADC region to discuss live infrastructure and energy projects which require investment.

She observed that the Southern Africa region has made significant progress in the energy and infrastructure development over the years.

In her words, “This vibrant region has experienced many positive developments in recent years, both in energy and infrastructure development. Progress in governance, institution-building and democratic consolidation are contributing factors to the positive indicators that long-term investors seek”.

She added that the region has equally witnessed local private-sector led initiatives and wider participation in exciting projects such as South Africa’s ground breaking REIPPPP programme, an initiative which, according to her, will be explored at the SAEIS.