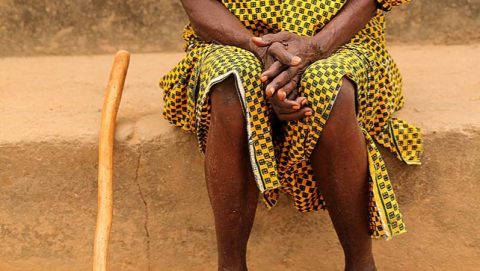 (AFRICAN EXAMINER) – A non-governmental organization, NGO, DewDrop ( DDF) Foundation has expressed worry over  the prevalence rate of neglect and abuse of the elderly in Nigerian communities, calling on all and sundry to join hands in checking the ugly act.

Executive Director  of the organization, Mrs. Agatha Nnaji, stated this yesterday during a one day media parley on the theme: “Curtailing abuse of elderly in communities’ put together by DDF in  partnership with the Centre for Gender Economics, and funded by Oxfam Novib.

She disclosed that the organization  is currently working in 10 communities in Enugu State, South- East Nigeria  to sensitise the people, train caregivers and strengthen the voice of the elderly in the localities via creation of a groups known as ‘SENNAGERS’, meaning senior teenagers.

According to the DDF boss, the importance of the media partly  is to help stir up effective sensitisation of the general public to the various problems associated with old age and the various ways the elderly could be managed

Nnaji, however, enjoined  the citizens to always show care and support for the elderly in society, just as she urged the media to rise to the occasion of  sensitizing the communities of such old age problems like Alzheimer, prostate, dementia, joint problems, among others.

The Executive Director, Centre for Gender Economics, Mrs Uchenna Idoko, in a presentation, called on  governments, particularly reveal and states to come up with policies and strategies to take care of the elderly in Nigeria,  saying , “It is observed that the old people suffer a lot of abuse from the people around them, some of which include, psychological, physical, and sexual neglect.

She added: “we want the media to join this campaign to boost the voice of the elderly whose plight are seen to be deplorable in Nigeria as it will help to give them a sense of care and happiness to enjoy their old age.”

Our Correspondent who covered the event, reports that the parley was attended by representatives of various media organizations both print and electronic.