KFC Runs Out of Chicken Amid Zimbabwe’s Economic Crisis 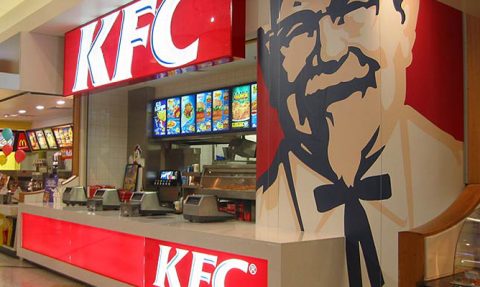 (AFRICAN EXAMINER) – Zimbabwe’s KFC fast food outlets on Wednesday were shuttered after running out of foreign currency with which to buy chicken, just one sign of a growing new economic crisis in the southern African country.

Zimbabwe, which has long battled economic woes, is experiencing a dire shortage of foreign currency which has forced a spike in prices of basic commodities.

The economic woes have caused people to stockpile goods and have seen long fuel queues at service stations.

KFC said that its six retail outlets would “be closed until further notice due to the fact that we are unable to source stock from our suppliers as they require U.S. dollars.”

“We are selling in bond notes yet suppliers are demanding their payment in foreign currency.

“This has put us in awkward position,’’ the chain said in a sign posted on the door of one of its Harare branches.

Due to a chronic shortages of U.S. dollars, the government in 2017 brought in “bond notes,” which are officially equal to U.S. currency, but on the black market trade for much less.

KFC was not the only business shuttered, with clothing retailer Jet also feeling the pinch.

The crisis has been exacerbated by the government threatening to revoke licences of retail shops if they increase their prices or demands foreign currency as a form of payment.

Just months after elections were won by President Emmerson Mnangagwa, who promised to jump-start the economy, many feared a repeat of the economic crisis in 2008 that saw inflation hit 231,000,000 per cent at one point. (/NAN)