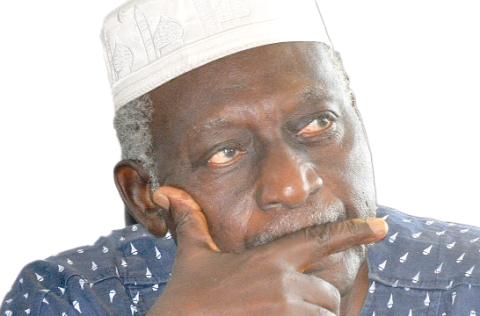 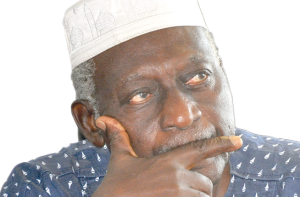 On the night of Saturday, September 21, 2013, I found myself talking admiringly about Kofi Nyidevu Awoonor, the Ghanaian poet, novelist, literary scholar, diplomat and teacher extraordinaire. The venue was Brooklyn, New York. My wife and I were there because, the next day, I was scheduled to speak at the Brooklyn Book Festival to promote my forthcoming novel, Foreign Gods, Inc. Sheri and I had spent part of the evening in Manhattan. We had looked in at three galleries, done a bit of shopping, and eaten at two restaurants, the last a Senegalese eatery on 29th Street, a pan-African space where Africans from different countries gather at all hours, make jolly, and speak a harvest of tongues.

It was close to 10 p.m. when we finally arrived at the Brooklyn apartment of our hosts, Sean Gallagher, a gifted painter who’s my wife’s academic colleague, and his wife Andrea Petersen, a journalist at the Wall Street Journal. Andrea had retired for the night, but Sean graciously offered us cheese and wine to wind down the day.

As we nibbled and drank, we talked about a variety of subjects. I don’t recall now what provoked it, but at some point I began to talk about Awoonor. I told Sean that, among the reasons I admired the man, was that he returned to Ghana after a distinguished career as a diplomat – and returned to the classroom to teach at the University of Ghana in Legon. Awoonor had served as his country’s ambassador to Cuba, Brazil, and the United Nations. “It’d be rare, if not impossible,” I told Sean, a keen follower of my column, to find a Nigerian who would consent to return to the classroom after holding down several high-profile diplomatic posts.

Unbeknownst to me, Awoonor had died earlier that Saturday. He’d been shot dead in Kenya by a gang of al Shabab terrorists who had stormed the high-scale Westgate Mall in Nairobi, shocking the world with their macabre, gleeful homicidal spree. The group killed with horrifying gusto, leaving – in the wake of their gruesome attacks – the corpses of children, women, and the elderly. Their one stricture was sectarian: a fringe Islamist group, they set out to spare Muslims.

Sunday morning, Sheri and I went to Mass at a church whose congregants were mostly Haitian immigrants. Once outside, Sheri was buying a bouquet of roses for our hosts when I switched my mobile phone back on. There was a lone text message. I read it , and let out a sharp cry, “No!” Startled, Sheri ran to me to find out what it was about. Unable to speak, I offered her the phone to read for herself. The words, from a friend, were terse, to the point: “Your friend Prof. Kofi Awoonor was killed in Kenya.”

The bearer of the message is a US-based Nigerian friend whose work takes him to Ghana from time to time. In the last three years, I always asked him to look in on Awoonor during his stay in Accra. He’d return and remark on the man’s stunning common touch and uncommon generosity.

Like many of my generation, I have had the rare luck of getting to know closely some of the writers and intellectuals whose works shaped my literary worldview. As a secondary school student enchanted by the works of African writers, I could never have imagined a scenario where I would physically meet – much less become close to – such giants as Ngugi wa Thiong’o, Wole Soyinka, Ama Ata Aidoo, Nuruddin Farah, and – among those who have now danced and joined the ancestors – Chinua Achebe, Mokwugo Okoye, Lewis Nkosi, Kofi Awoonor.

Of Awoonor I have imperishable memories. I first met him in person in 1990 when he was Ghana’s permanent representative and ambassador at the UN. By then, I was a big fan of his poetry. I had also read and reread his intriguing, strangely confected novel, This Earth, My Brother…I was enthralled by the novel, having encountered nothing quite like it in African literature. I was a bit surprised to find him ambivalent about the work. On October 21, 1990, he autographed a copy of the book for me. He wrote in the book, “With the best of fraternal wishes – though the book is ‘old’ & the vision is slightly blurred.” He took greater pride in his second (and much less known) novel, Comes the Voyager at Last: A Tale of Return to Africa. He gave me a signed copy of the book on January 29, 1992. He marked it, “For Okey, in anticipation of his first child, and in the firm belief that he will keep firmly on the road – in the cause of our people.”

On first meeting him, I was struck by his effervescent intellect, the ease with which he navigated between the cultural matrices of his Ewe people and the literary traditions of different parts of the world. He was very fond of his aged mother, often telling me how, in conversations with her, she would be solicitous of his well being, as if he were still a teenager. “She’d sometimes scold me for not eating well. Or for keeping late nights,” Awoonor once shared.

Awoonor’s gifts to me were not only intellectual. In 1993, Japan hosted an international conference on Africa’s economic development. Most of Africa’s 50-odd countries sent delegates, with such heads of state as Jerry Rawlings of Ghana, Blaise Compaore of Burkina Faso, Nicephore Soglo of Benin Republic, and Yoweri Museveni of Uganda physically present. One day, Awoonor telephoned and asked if I wanted to go. I did, I responded, but the magazine I was editing at the time couldn’t afford the cost. “Let me see what I can do,” he said. What he did was persuade the Japanese ambassador to the UN, with whom he had forged a friendship, to arrange my visit. I traveled to Japan for two weeks as a guest of the Japanese government. I was able to cover the conference, and also to spend time in three cities – Tokyo, Kyoto, and Nara.

Wherever I met Awoonor – in New York, St. Louis, Accra, Port Harcourt, or Lagos – he came with that ready, resonant laughter that was something of a signature, those eyes that sparkled with life and seemed to peer right into your hidden thoughts, that bracing intelligence, and that zest for life. Rooted in the specificity of Ewe cultural mores, he was broad and complex enough to be an incurable pan-Africanist, unapologetic in his admiration for Kwame Nkrumah. He was a polyglot and a true renaissance man, an avid learner of languages and student of cultures. His book, The Breast of the Earth, remains an attuned and insightful guide into African culture and literature. Out of his many travels and diplomats forays was spun a book titled The Latin American and Caribbean Notebook, a poetic tour de force filled with alluring observations, nostalgic memories, and sharp wit. He was versed in several languages, including Spanish and Portuguese as well as several Ghanaian languages. His English was urbane, his diction sophisticated, and he’d cultivated a mellifluent delivery that could keep any audience spellbound.

As he grew older – he was killed at 78 – he clung to a stubborn youthful joy, had a rich, resonant laugh, and a sense of humor that was altogether becoming and infectious. He was amazingly generous, a man who sought to nurture younger writers – and who exuded great energy whenever he had young aspirant writers as an audience. In 2009, he brought his gifts – his gregariousness, eloquence, and passion for literature – to Port Harcourt where he and Soyinka headlined the inaugural edition of the now estimable Garden City Literary Festival. Many budding writers who took his master class spoke excitedly about his style, the way he’d challenged them, and his depth of knowledge.

Each evening, I looked forward to unwinding with him and Soyinka in the capacious lounge of the hotel. I’d listen to their repartee, two friends and contemporaries who had gone to many cultural battles together, who’d shared the enchantments and adventures of narrating a continent. Awoonor and I flew to Lagos on the same flight. Ifeoma Fafunwa, my brother-in-law’s wife, treated us to a smorgasbord of delicious Nigerian meals and an excellent red wine. The next morning, a friend of mine took us to Terra Kulture for a delectable brunch.

“Okey, I will see you in Accra,” Awoonor said to me as he boarded a cab to Murtala Muhammed Airport for his trip back to Ghana. Alas, that visit will never take place. Still, it is Awoonor, not his murderers, who will have the last word. For the future belongs to humanists like Kofi Awoonor, not depraved men who kill and maim in the name of God. Awoonor’s vision and intelligence and creative fecundity will continually to light our paths, renew our world and reinforce our humanity. His voice will rise, defiant, beyond the machinations of desiccated minds who delude themselves that a point is made through callous mass murder.