Malaysia Airlines Plane Brought Down by Missile in Ukraine, Say US Official 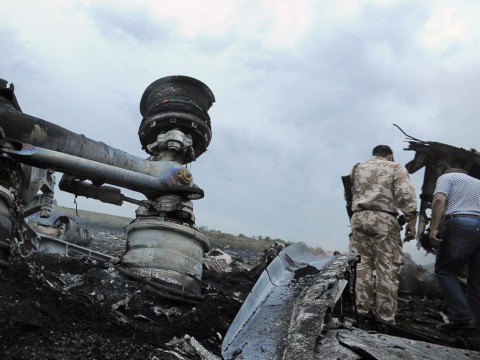 A surface-to-air missile struck a Malaysia Airlines plane carrying 295 people that went down today in Ukraine near the Russian border, a U.S. official told ABC News. 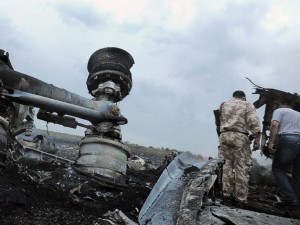 The official said U.S. intelligence and analysis of the situation determined that it was a single missile that struck the Boeing 777 aircraft while at cruising altitude. It is unclear whether the missile was fired from inside Ukrainian or Russian territory and who fired it, the official added.

Malaysia Airlines Flight MH17 was traveling from Amsterdam to Kuala Lampur with 280 passengers and 15 crew members. It is not known if there were any Americans on board.

Speaking in Detroit, Vice President Joe Biden said the plane had “been shot down, not an accident. Blown out of the sky.”

“We see reports that there may have been American citizens on board,” he added. “Obviously, that’s our first concern. We’re working every minute to try to confirm those reports as I speak.”

Earlier today, Ukrainian officials said a Russian missile shot down the passenger jet. Ukrainian authorities told U.S. Embassy officials that everyone was “believed dead” and that debris was spread out over a 10-mile path near the town of Shakhtars’k.

A statement from the Foreign Ministry in Kiev claimed the plane had been “shot down.”

“According to the General Staff of Ukrainian Armed Forces, the airplane was shot down by the Russian Buk missile system as the liner was flying at an altitude of 10,000 meters [33,000 feet],” the statement added. “Ukraine has no long-range air defense missile systems in this area. The plane was shot down, because the Russian air defense systems was affording protection to Russian mercenaries and terrorists in this area. Ukraine will present the evidence of Russian military involvement into the Boeing crash.”

Ukrainian President Petro Poroshenko later added, “We are not calling it an accident, or a disaster, but an act of terrorism.”

The plane had left Amsterdam at 12:15 p.m. (local time) and was estimated to arrive in Kuala Lampur International Airport on Friday at 6:10 a.m. (local time), according to Malaysia Airlines.

In a tweet, Russian President Vladimir Putin said, “Condolences to Malaysian Prime Minister Najib Razak in connection with the crash of a passenger aircraft in Ukraine.”

President Obama, at an event in Delaware this afternoon, said, “Obviously, the world is watching reports of a downed passenger jet near the Russia-Ukraine border. And it looks like it may be a terrible tragedy. Right now, we’re working to determine whether there were American citizens on board. That is our first priority, and I’ve directed my national security team to stay in close contact with the Ukrainian government.”

Obama added that the U.S. “will offer any assistance we can to help determine what happened and why. And as a country, our thoughts and prayers are with all the families of the passengers, wherever they call home.”

At Schiphol Airport in Amsterdam, grieving family members gathered as airline officials briefed them. Officials said family members will be flown to Kiev.