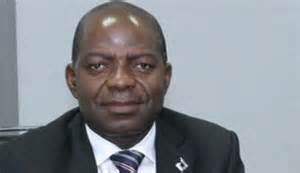 From Ignatius Okpara, Umuahia – The governorship election petition tribunal sitting in Umuahia, the Abia state capital has received two separate petitions from two candidates laying claim to the ticket of the All Progressives Grand Alliance APGA in the state.

The gubernatorial candidates are, Dr. Alex Otti, who was officially recognised by the Independent National Electoral Commission, INEC and Raegan Ufomba, who is also laying claim as the authentic candidate of the party.

African examiner gathered that the two petitions were filed at the weekend.

Chief Ufomba who has engaged Mr. Clement Onwuenweuno, as his lead counsel is praying the tribunal to order for a re-run election, or swear him in as the governor, depending on the outcome of the tribunal since he was validly nominated by the party but unlawfully excluded from the contest by INEC.

Dr. Alex Otti, on his part, approached the tribunal demanding that he be declared winner of the gubernatorial election in Abia state.

According to the legal adviser of Dr. Otti’s campaign organization, Kenneth Ahia, who is a member of the legal team headed by Akin Olujimi, Dr. Otti, is also seeking the nullification of five local governments in the governorship election.

He said the grounds of the petition include malpractice and non compliance to the electoral act.

Before the 21- day deadline for submission of petitions at the tribunal on Sunday, May 17, the All Progressives Congress governorship candidate is also expected to file his petition.

The date for the inaugural sitting of the governorship election petition tribunal is expected to be announced soon.