UN Calls For Investigation Into Killing Of 30 Migrants In Libya 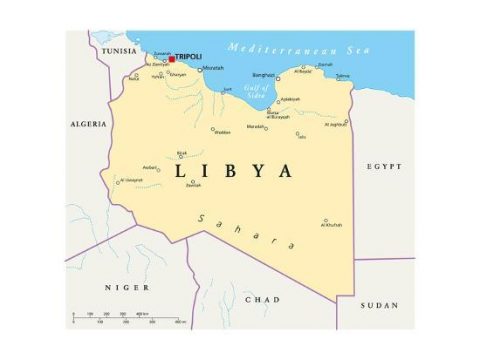 (AFRICAN EXAMINER) – UN Humanitarian Coordinator for Libya, Yacoub El-Hillo, on Friday called for an investigation into the killing of 30 migrants in western Libya.

“I am shocked by the horrific reports about Wednesday’s shooting at a smuggling warehouse in Mezda, killing 30 migrants and injuring 11 others,’’ El- Hillo said in a statement.

The attack, which occurred at the town of Mezda, some 180 kilometres southwest of the capital Tripoli, was reportedly a revenge by the family of a Libyan smuggler, who has been murdered by migrants.

“Authorities, with influence on the ground in the area where this incident took place, have the responsibility to ensure that human smugglers and traffickers are not allowed to continue with their inhuman and degrading acts,’’ the UN official said.

The official added that “such a heinous and merciless crime against helpless individuals should be investigated immediately and those responsible must be brought to justice’’.

“Those responsible for the attack must be held accountable.

“The impunity, with which smugglers and traffickers operate in Libya, must be brought to an immediate stop,’’ he urged.

On Thursday, the UN-backed government confirmed that its Interior Ministry had issued an instruction for Mezda’s security directorate to arrest those responsible for the incident.

The UN estimated that more than 654,000 migrants and refugees are living in Libya and many of them face arbitrary detention, gender-based violence, forced labour, extortion and exploitation.

Smugglers exploited chaos and insecurity in the country to send thousands of migrants through the Mediterranean Sea towards European shores. (NAN)