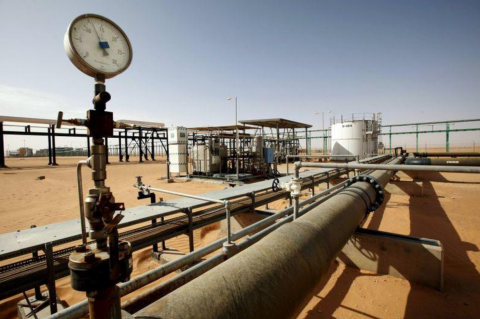 (AFRICAN EXAMINER) – An armed group has shut down Libya’s giant Sharara oilfield days after it restarted following a long blockade, the National Oil Corporation (NOC) and a field engineer said on Tuesday.

The armed group, led by Mohamed Khalifa, had instructed employees to shut the field, the NOC said.

Khalifa heads one of the forces affiliated with Khalifa Haftar’s Libyan National Army (LNA) that blockaded most of Libya’s oil in January.

His forces have retreating after their campaign to capture the capital, Tripoli, fell apart.

Production at Sharara, which previously had an output of around 300,000 barrels per day (bpd), had been resuming gradually since Saturday after a pipeline valve that was closed since January was reopened, allowing oil output to flow.

Sharara field itself was not blockaded but NOC said an armed militia had prevented maintenance on a 16,000-barrel tank, which collapsed as a result.

NOC announced the lifting of force majeure on production at Sharara and at El Feel field on Monday. (/NAN)