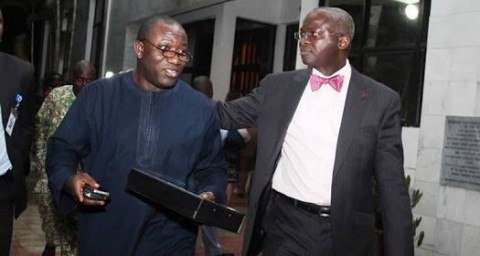 The Senate Wednesday evening officially confirmed 19 out of 21 names in the first batch of President Muhammadu Buhari Ministerial Nomination.

Saraki recommended the Nominees for the appointment as Ministers of Federal Republic of Nigeria. After, he adjourned the plenary and screening of the other nominees, including former Rivers State Governor, Rt. Hon. Rotimi Chibuike Amaechi till Thursday, October 15.

The upper House chamber leader also commended members for their brilliant contributions during the Wednesday exercise.