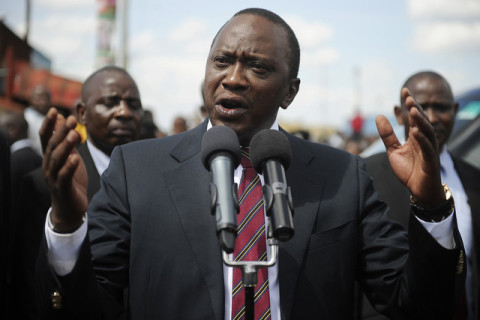 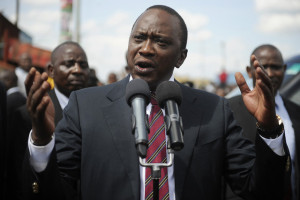 An unknown number of hostages are being held in a shopping centre in the Kenyan capital Nairobi, after a deadly assault by suspected al-Shabab militants.

At least 39 people died when members of the Somali Islamist group stormed the Westgate centre on Saturday.

There is now a heavy military presence in and around the centre – including armoured vehicles – and gunfire can be heard from inside the building.

There are reports that the gunmen are now holed up in a supermarket.

Kenyan President Uhuru Kenyatta earlier vowed to “hunt down the perpetrators wherever they run to”.

Al-Shabab told the BBC it carried out the attack on the upmarket shopping centre in response to Kenyan military operations in Somalia.

There are about 4,000 Kenyan troops in the south of Somalia, where they have been fighting the militants since 2011.