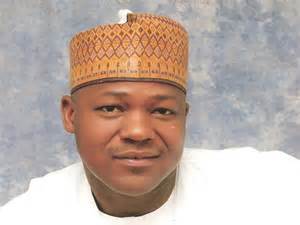 The Speaker of the House of Representatives, Rt. Hon. Yakubu Dogara, has disclosed that the fourth constitution amendment bill would be re-transmitted to the President for assent.

A statement issued by his Special Adviser on Media and Public Affairs, Turaki Hassan, said the Speaker said this when he received report of the 2015 elections European Union Observer Mission in Nigeria from the Chief Observer Mr. Santiago Fisas in his office.

He said constitution alteration bill was forwarded to former President Goodluck Jonathan but was not assented to up to the end of the last Assembly.

Dogara said the bill was still very much alive in the National Assembly as both chambers have provided savings for such legislation after amending their standing rules and that they would not commence afresh.

“I wish to inform you that some of the recommendations by the Mission such as independent candidature has received the support of the National Assembly,” he said.

Dogara told the EU delegation that the 4th Constitution Alteration Bill in the 7th Assembly, not only approved independent candidacy but was also supported by overwhelming vote of 2/3 majority of the State Houses of Assembly in Nigeria.

He however, regretted “it is one of the casualties of the non-signing of the Bill by the former President. I want to assure you that we will definitely revisit that amendment as it increases the democratic space and more citizen participation in the electoral Process.”

Nigeria, according to the Speaker, “is committed to the growing of a robust democracy that not only meets domestic aspirations but indeed that which stands the test of International best practices in a world that has been reduced into a global village.”

He commended the EU for supporting the growth of democracy in Nigeria especially through the committed participation of its Observation Mission in Nigeria’s 2015 General Elections.

In his submission, Mr. Santiago Fisas who was accompanied by the EU Ambassador to Nigeria, said the report compromised 30 recommendations aimed at helping Nigeria do better next in subsequent elections.

He said the EU was not trying to impose anything on Nigeria but that the recommendations were in line with both Nigerian and International Law.

Among the recommendations is that the process of appointing the Chairman of the Independent National Electoral Commission (INEC), should be more in depth and thorough as an independent body.

They also called for review of voting procedure which separates time of voting and that of accreditation.

He said between one to two million voters were disenfranchised in the 2015 elections as they could not wait to vote after accreditation.

“The recommendations were not merely invented, but are in direct response to challenges that were experienced on the field of voting,” Mr. Fisas stated.

He praised the commitment of the Nigerian people to democracy which he said has set a model for other African countries.

The EU Chief Observer said a very rare invitation has been extended to President Muhammadu Buhari to address the EU parliament in February.