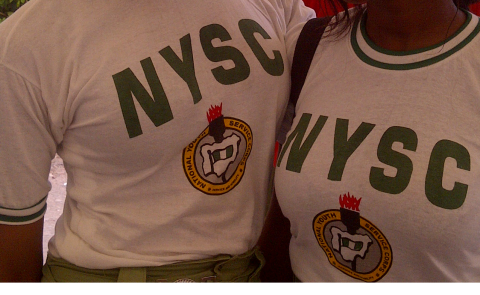 (AFRICAN EXAMINER) -The Director-General of the National Youth Service Corps (NYSC), Brigadier General Shuaibu Ibrahim has said the monthly allowance of corp members has been increased to N33,000. Ibrahim revealed this while addressing corps members during a working visit to the NYSC secretariat in Bauchi State. He said the increase is in line with the new minimum wage approved by the federal government.

According to a statement released on NYSC’s official Facebook page, Ibrahim said provisions for the new allowance have been made in the 2020 budget and “payment would commence as soon as funds are released by the appropriate authorities”. The statement added: “Ibrahim explained that contrary to the various amounts being circulated on the social media, the sum of thirty-three thousand naira had been approved as the new rate. “He advised the Corps Members to always be security conscious just as he warned against rumour-mongering and negative usage of the Social Media. “He admonished them to avoid unauthorized journeys and when authorised to travel, not to do so at night because of the inherent danger.” In September, Ibrahim had hinted that the monthly allowance of corps members would be increased “immediately the federal government starts the payment of the new minimum wage”.

“Corp” members are posted to cities far from their city of origin. They are expected to mix with people of other tribes, social and family backgrounds, to learn the culture of the indigenes in the place they are posted to. This action is aimed at bringing about unity in the country and to help youths appreciate other ethnic groups. There is an “orientation” period of approximately three weeks spent in a military-controlled boot “camp” away from family and friends. There is also a “passing out ceremony” at the end of the year and primary assignment followed by one month of vacation.

As a developing country, Nigeria is further plagued by the problems attendant upon a condition of underdevelopment, namely; poverty; mass illiteracy, acute shortage of high skilled manpower (coupled with most uneven distribution of the skilled people that are available); woefully inadequate socioeconomic infrastructural facilities; housing;  Water and sewage facilities, road, healthcare services, and effective communication system. Faced with these almost intractable problems, which were further compounded by the burden of reconstruction after the civil war, the government and people of Nigeria set for the country, fresh goals, and objectives aimed at establishing Nigeria as:

•A united, strong and self-reliant nation

• A great and dynamic economy

•A land of bright and full opportunities for all citizens

•The government and people of Nigeria are not aware that sound and patriotic leadership is a precondition for the rapid social and economic development of the country. As a nation, Nigeria has been less fortunate in the kind of leadership that emerge to govern the affairs of the country in the period immediately after independence, a leadership whose achievements notwithstanding, was none the less ill-prepared. and generally not properly motivated to tackle the problems of socioeconomic under development, in the interest of the country as a whole.

•There is no gainsaying the fact that the future of any country depends on the youths. The youths of Nigeria acknowledge this fact and have consistently laid claim to the nation’s leadership.

•While one may give credence to the saying that leaders are born, not made, one must also concede to the fact that leadership in a modem society requires a certain degree of preparation and orientation before the assumption of that role.

•The universities and other institutions of higher learning are normally expected to be training ground for future leaders, except that, as we are all aware, these institutions are first and foremost committed to the advancement of learning and knowledge, training of people for good citizenship. Little wonder that the products of these institutions have been accused of being too elitist in their outlook, of not identifying with the plight of common man, and of inability to appreciate the predicament of the vast majority of our people who live in the rural areas.

• It was the need to look beyond the immediate present and to think of the future leadership of the country that necessitated the mobilization of certain categories of our youths through the National Youth Service Corps Scheme. This was done with a view to giving them the proper guidance and orientation relevant to the needs of the country. The National Youth Service Corps Decree No. 24 which has now been repealed and replaced by Decree 51 of 16th June 1993, was then formally promulgated.

•The purpose of the scheme is primarily to inculcate in Nigerian Youths the spirit of selfless service to the community, and to emphasize the spirit of oneness and brotherhood of all Nigerians, irrespective of cultural or social background. The history of our country since independence has clearly indicated the need for unity amongst all our people and demonstrated the fact that no cultural or geographical entity can exist in isolation.

Nigerian Graduates are ineligible for employment till they have completed the mandatory one year service, Graduates who are exempted from the service include those above the age of thirty (30) and those with a physical disability, therefore completing the service year entitles one to employment. During the service year, Corps members have the opportunity of learning of the cultures of other people an opportunity many Nigerians never get in their lifetime. The program has also helped in creating entry-level jobs for much Nigerian youth. An NYSC forum dedicated to the NYSC members was built to bridge the gap amongst members serving across Nigeria and also an avenue for corpers to share job information and career resources as well as getting loans from the National Directorate Of Employment.

The objectives of the National Youth Service Corps Scheme are clearly spelt out in Decree No.51 of 16th June 1993 as follows to inculcate discipline in Nigerian youths by instilling in them a tradition of industry at work, and of patriotic and loyal service to Nigeria in any situation they may find themselves. To raise the moral tone of the Nigerian youths by giving them the opportunity to learn about higher ideals of national achievement, social and cultural improvement To develop in the Nigerian youths the attitudes of mind, acquired through shared experience and suitable training. which will make them more amenable to mobilization in the national interest To enable Nigerian youths acquire the spirit of self-reliance by encouraging them to develop skills for self-employment To contribute to the accelerated growth of the national economy To develop common ties among the Nigerian youths and promote national unity and integration To remove prejudices, eliminate ignorance and confirm at first hand the many similarities among Nigerians of all ethnic groups.

To develop a sense of corporate existence and the common destiny of the people of Nigeria. The equitable distribution of members of the service corps and the effective utilization of their skills in area of national needs That as far as possible, youths are assigned to jobs in States other than their States of origin That such group of youths assigned to work together is as representative of Nigeria as far as possible That the Nigerian youths are exposed to the modes of living of the people in different parts of Nigeria That the Nigerian youths are encouraged to eschew religious intolerance by accommodating religious differences That members of the service corps are encouraged to seek at the end of their one-year national service, career employment all over Nigeria, thus promoting the free movement of labour That employers are induced partly through their experience with members of the service corps to employ more readily and on a permanent basis, qualified Nigerians, irrespective of their States of origin

The program has been met with serious criticism by a large portion of the country. The NYSC members have complained of being underpaid, paid late or not paid at all. Several youths carrying out the NYSC program have been killed in the regions where they were sent due to religious violence, ethnic violence or political violence.

However, the increment the pay package of corp member is a major achievement of the present administration.