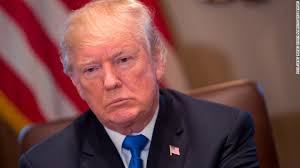 (AFRICAN EXAMINER) – U.S. President Donald Trump tweeted and then deleted a video in which his supporters could be heard repeating a “white power” slogan, in the latest instance in which the president was accused of inflaming racial tensions.

The phrase is often used by far-right white nationalists and prompted a backlash from within the president’s own Republican Party.

The tweet came as the country is going through an intense national conversation about race and discrimination, in the wake of police violence and the death of George Floyd.

There have been protests around the country for weeks under the Black Lives Matter banner.

Trump attached a comment saying: “Thank you to the great people of The Villages,” referring to a retirement community in Florida where the scene was filmed.

Senator Tim Scott, the only black Republican member of the Senate, was quick to denounce the president.

“He should not have retweeted it and he should just take it down.

“The entire thing was offensive,” Scott said on CNN.

The White House later explained the deletion of the tweet, which had been up for nearly four hours, saying the president was unaware of the audio content.

“President Trump is a big fan of The Villages. He did not hear the one statement made on the video.

”What he did see was tremendous enthusiasm from his many supporters,” White House spokesman Judd Deere said in a brief statement.

The president has been accused of worsening racial tensions in the country over the course of his time in the White House, while failing to promote a reconciliation programme.

In recent weeks he pushed for a tough crackdown against the sometimes violent protests against injustice and police brutality.