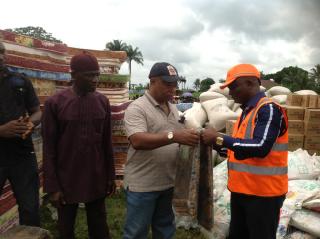 By IGNATIUS OKPARA, Enugu – Disaster, be it man made, or natural, had remained a serious cog in the wheel of progress of nations of the globe, including Nigeria.

It has over the years, wreaked havoc in parts of Nigeria, including rendering people homeless, especially in the rural Communities.

For instance, affected victims and communities of the of 2012 deadly nationwide flood disaster, will not forget the magnitude of the effect of the ugly incident in a hurry, especially those affected in the riverine area of Anambra state, South east Nigeria. 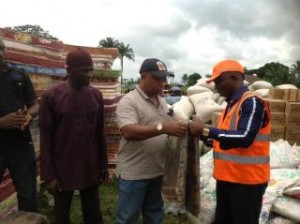 Statistics released by the National Emergency Management Agency, NEMA headquarters, indicated that the 2012 nationwide overwhelming, and devastating flood affected 35 out of the 37 states in Nigeria, including the nation’s federal capital territory, FCT, Abuja.

Four years after it occurred, many affected states, and communities in South east zone of Nigeria  are yet to recover fully from the damage, fatalities and injuries, the disaster caused in their respective areas.

NEMA Report, had it then that the 2012 flood disaster, affected a total of 3,870 communities, 256 local government areas, damaged infrastructures valued 2.6 trillion naira as well as recorded 363 deaths.

However, since its establishment by Act 12 with amendments of Act 50 of 1999,  the National Emergency Management Agency (NEMA), the federal government outfit charged with the handling, and coordination of disaster issues in Nigeria continues to strive in discharging its primary responsibility.

Despite some of its operational challenges, and the alarming rate and gravity of disaster in parts of Nigeria in recent times, especially flooding, the Alhaji Mohammad Sani Sidi, led NEMA, has continued to live up to the Agency’s vision of building a culture of preparedness, prevention, Response and Community Resilience to disaster in Nigeria.

The organization, since inception, has also be doing its best in sustaining its mission statement, which is, to coordinate resources towards efficient and effective disaster prevention, preparedness, mitigation, and response in Nigeria.

Owing to its complex nature, the NEMA boss, once said in a fora, that disasters “are complex problems which requires a collective response from a wide range of stakeholders”

“These include involvement of non-government organisations, NGOs, and other Civil Society groups, private sector, Communities, with government at all levels coordinating and facilitating their activities.

As a government owned humanitarian organization, the agency, had over the years, touched the lives of many disaster victims in parts of the country, including south east region of Nigeria, via its zonal office in Enugu.

The establishment is not relenting in wiping away the tears of disaster affected communities in south east region, through the distribution of assorted relief materials to such areas.

The very poor, and neglected Community was seriously hit by a deadly flood, which occurred in November 2014, and claimed no fewer than 50 lives, just as it rendered scores of families homeless.

Presenting the materials to the Enugu state Emergency Management Agency, ESEMA, for onward distribution to the affected Victims, NEMA Director- General, Alhaji sani Sidi, expressed sympathy with the community on the unfortunate disaster.

He said the federal government gesture was aimed at ameliorating their plights and sufferings.

Sidi, who was represented by the South- East zonal Coordinator of NEMA, Major James Eze, had charged the community leaders and youths to embark on some self-help projects that could help in proper channelling of storm water which often block drainages and caused flooding.

He also admonished them to stop building on waterways, adding that they should also imbibe the culture of planting economic trees, as well as opening drains for easy flow of storm water during rainy season, so as to avoid the sad experience of 2014.

The NEMA helmsman, equally advised the community leaders, to ensure that the relief items were transparently distributed among the real affected victims.

Responding on behalf of the community, one of its illustrious sons, and Vice Chancellor,(VC) Michael Okpara University of Agriculture, Umudike, Abia state, professor Hillary Edoga thanked the federal government for the kind gesture.

Professor Edoga, who is the voice of the community, stressed that the items would go a long way in reducing the hardship being faced by the victims occasioned by the natural disaster, adding that the affected persons are, predominantly poor farmers.

Some of the items presented to the community includes,  scores of bags of rice, beans, garri, palm and grand nut oil, detergents, cloths, mats, beverages, foams, blankets, among others.

Enugu state governor, Lawrence Ifeanyi Ugwuanyi, who spoke via the executive Secretary, Enugu state Emergency Management Agency, ESEMA, Mr. Offor Josephat, had expressed appreciation to NEMA for the intervention, and warned the community to, desist from obstructing water ways for their own interest.