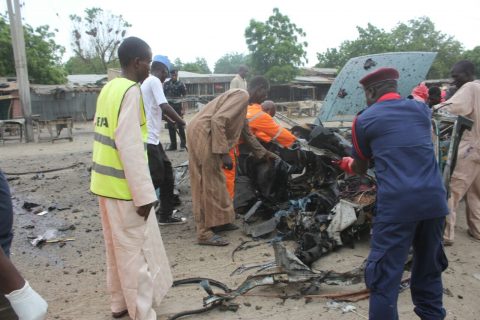 Head, Media and Public Relations Officer of National Emergency Management Agency, (NEMA), Sani Datti, who disclosed this to AFRICAN EXAMINER, said the victims have been evacuated to Specialist and Teaching Hospitals, Maiduguri.

He said emergency workers have arrived the scene of the blast.