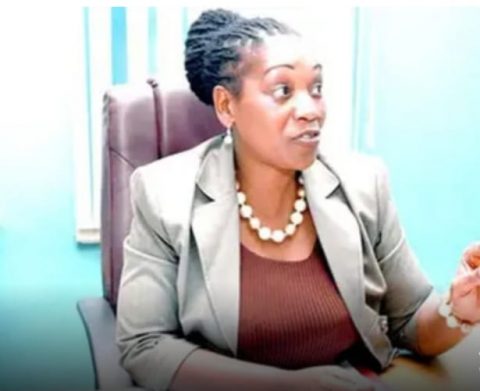 (AFRICAN EXAMINER) – The case of detained Zimbabwe Miners Federation president Henrietta Rushwaya who was arrested while attempting to smuggle 6kg of gold has attracted the attention of Britain with the former colonial master hinting on intensifying sanctions.

The House of Lords during the week discussed about the matter and accused Zimbabwe leadership of failing to prosecute corruption cases.

They alleged that Rushwaya is President Mnangagwa’s niece.

Rushwaya has been in custody since the start of the week as magistrate Ngoni Nduna granted a National Prosecuting Authority application to withdraw bail consent earlier granted.

However, the Zanu-PF government quickly jumped to defend the first family.

“Why is Lord Peter Hain lying? Who lied to him that Henrietta Rushwaya is President Mnangagwa’s niece? Is there anything honourable parroting and reproducing falsehoods from social media platforms in the so called House of Lords, perhaps House of Lies,” said Zanu-PF MP and Chief Whip Pupurai Togarepi in Parliament on Thursday.

“It’s 40 years since the Union Flag was lowered and yet it seems London still regard Zimbabwe as its extended family requiring constant supervision, correction and even punishment. We are disappointed at the negative tone of the debate.

“The deliberate attempt to besmirch His Excellency the President by way of innuendo with the corruption and smuggling case involving Henrietta Rushwaya is a new low even for the noble Lords. One would have through that by now a lesson would have been learned that Zimbabwe is a sovereign state,” said Moyo, a key figure in dethronement of former president Mugabe in 2017.

When she was arrested Rushwaya (53) of Number 1 Garlake Close, Gunhill told police that the gold US$333, 000 belonged to Mohamad who had instructed her to take it to Dubai.

She is charged with smuggling.