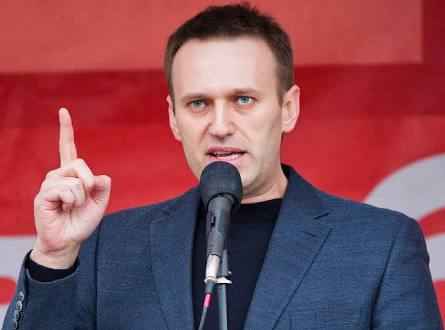 Local media report that the judge was still reading the verdict in the city of Kirov, still, yet, it was clear that Mr. Navalny had been convicted.

In the event that a suspended sentence was pronounced, Navalny would be bar him from contesting the Presidency next year.

The opposition leader is a staunch critic of incumbent President Vladimir Putin. He has however denied Mr. Navalny has denied the accusations, saying the case is politically motivated.

A sentence in the retrial, ordered after a ruling by the European Court of Human Rights, may take hours to be read out.
Prosecutors had asked the judge to hand Mr Navalny a five-year suspended sentence.

Mr Navalny, is reputed for his anti-corruption campaign, which targeted senior officials close to the Kremlin.
He had claimed that the suit filed against him was an effort to frustrate him out of politics.