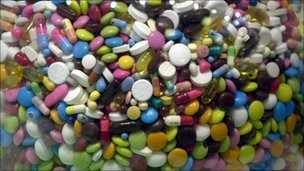 Drug dealers at the popular open River-Niger bridge head market Onitsha, Anambra state, have commenced the building of offices for the National Agency For Food Drug Administration and Control NAFDAC, as well as the police and pharmaceutical council of Nigeria in the market. 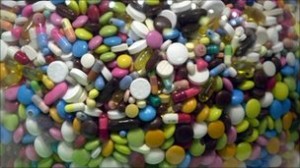 Disclosing this to our Correspondent in Enugu Thursday, a member of the caretaker committee management of the market, Mr. Mike Madu, who spoke on behalf of the chairman Mr. Ugo Nwosu, said “the essence of erecting the offices for NAFDAC, pharmaceutical council of Nigeria, and police officials is for proper inspection of all drugs coming into the market.

Besides, he also hinted that as part of efforts to check smuggling of fake and adulterated drugs in the market, the management has concluded plans to close down all the 52 adjoining exit routes to the market.

According to Madu, the idea is to “avoid the closure of such routes by the National Agency for food Drug Administration and Control NAFDAC,in other words, we want to pre- empt the Agency” he stated.

“However, the move is also aimed at forestalling any smuggling of fake or adulterated drugs into the market.”

“These buildings are being constructed through the good will and contributions of some drug importers as well as other well meaning pharmaceutical companies who do business in the drug market.”

“These offices which have reached advanced stage was borne out of the agreement reached with NAFDAC, representatives of the Federal Ministry of Health and other stakeholders in a bid to forestall any closure of the market as earlier announced by the Federal Government.” he said.

Madu maintained that fake and adulterated drugs were no longer imported, distributed or sold in the open Bridge Head market, stressing that with the collaborative efforts of members of the caretaker committee, sanity had finally returned to the drug market.

He also revealed that talks had reached advanced stage for fencing of the entire market to ensure adequate security and supervision.