EDITORIAL: What Euphoria As Freedom For The Abducted Chibok Girls Looms? 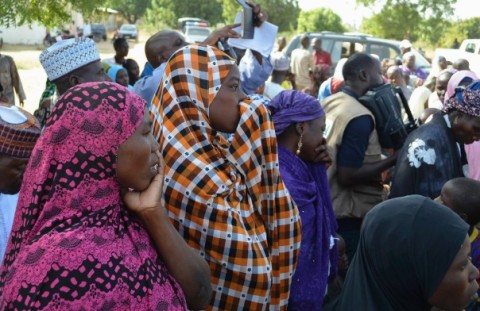 Freedom for over 200 abducted Chibok secondary school girls in Borno state, is highly desirable by not only Nigerians, but every single individual in the globe. The long overdue liberty to the unfortunate girls is addressed at every forum with stern passion, anxiety, emotion and high expectation. Painfully, the desire has again been woven and shrouded with phobia – fear of uncertainty on survival of the girls and their safe return to normal. This is the agony and stress the parents and so many Nigerians and others in different parts of the world have suffered since April 14, 2014, when deadly Boko Haram insurgents invaded Chibok school and made away with the students.

It is the same high hope that makes so many people to keep asking questions and demanding what is government and security outfits are doing to ensure freedom for the missing girls. The torrents and persistent curiosity had consequently prompted many responses, reactions, comments and certain moves in the government circle and within the nation’s security apparatus.

The Nigerian public and international community have been in the past fed with the information on the government’s attempt to negotiate the girl freedom with the release of the militants still being held by the security. Yes, some Western countries have sent terrorism experts to seek the girls release while lately the general public was intimated with the visit and shocking findings of the “controversial” Australian Federal Government Negotiator, Dr. Stephen Davis. As the ultimate desire remains elusive, the questions, worries and displeasure persist. Of course, it is the gale of freedom desire that prompted the confusion and nasty developments, from the military authorities that unfolded between  last weekend and this week. 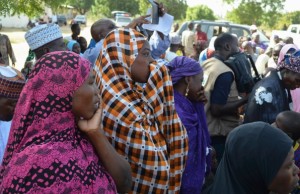 The rumored freedom to the abducted Chibok girls was like never before. It appeared to be a done deal as it was confirmed that arrangements have been concluded on the negotiation. Since abduction is only an arm of the insurgents many assaults, cherry news about the militants handing over of arms and recapturing by the soldiers towns occupied by the rebels also filtered. The question on confirmation of killing of the Boko Haram leader, Abubakar Shekau by the Military also never ceases being asked.

So, on Tuesday, September  23, when the Army Spokesman, Major General Chris Olukolade, confirmed the freedom from the forest of unknown number of the girls, the enthusiasm immediately prevailed among the public.

Trust the mass media, such news item is very precious once it is still fresh and worths more than gold to a professional journalist. The mood in the news rooms of the media houses subsequently turned frenzy – editors began to call their Correspondents at the relevant locations to get the hint, confirmation and most significantly report the ‘almighty’ news. Within shortest period of time, the news not only posted on the website, but the link was as well shared on different social media handles. Comments were dropping in droves from different parts of the world on different news titles websites.

But the disappointment came about an hour later when the same information manager reversed the earlier confirmation. It was a rough and tough evening for the media houses which rested on them, herculean task of refiling another stories to toe Olukolade’s retraction. The same, so many newspaper titles had to do on some social media to satisfy their followers. The error drew anger and condemnation from within and outside Nigeria.

Who therefore takes the blame? The mass media, government, Military or Olukolade? No one can fault the media as the source of their report has not and cannot deny giving the information. On this, Olukolade was totally wrong!

It may be difficult to conclude whether this blunder was committed in error or with a purpose. However, it can be confirmed that unlike his cautious responses to questions during an interview with a Lagos radio station on Monday, (this week) Olukolade on Tuesday appeared to have lost patience to hold back and verify before feeding the public with the freedom news; really?  This should not have been especially on very serious and sensitive issue relating to freedom of the Chibok girls.

So, which euphoria was Major Olukolade is depicting? First, given the reasons (for retraction) he offered later – mistaking the freed girls in a Military Barracks and inability to communicate with the soldiers in Maiduguri to confirm, after releasing the same information to journalists, his action definitely, cannot be taken with a pinch of salt. In order words, the Genearal’s goof is far beyond not knowing his worth. So, what was General Olukolade is up to? Is he acting a script or sincerely imbued with the spirit of patriotism? Was he really a victim of vested euphoria – to take credit for the military diligence?

Whatever is the definition of his euphoria, the negative effects of the error committed by Major Olukolade on Tuesday, despite his instant admittance, were enormous and damaging. Better still, it calls for serious concern and careful assessment. As one in charge of public communication, Olukolade needs not be told his goof has occasioned reputation and image dilemma to not a few media organizations in and outside the country. Of course, he needs no explanation that his blunder again has caused another devastating image crisis to Nigeria, her nationals and the government. Indeed, the General ridiculed the Military and the present administration which battles persistently to earn reputation both at the local and international levels.

The previous propaganda being deployed by the military since the engagement between it and insurgents began aside, Olukolade’s mistake has prompted caution and restraint in relying and reporting of  news item from him. Once beaten twice shy. The import of this idiomatic expression eventually played out when late Wednesday, Major Olukolade called another press briefing to give update on the speculated death of the Boko Haram leader, Abubakar Shekau.

The Military Spokesman in his briefing confirmed that Shekau has since been killed but another landmark success recorded was that the ex insurgents’ head’s replica – “eccentric character…” identified as Mohammed Bashir, with many nick names and who had been parading and posing on videos as Shekau, has been killed in a gun battle with the soldiers in konduga one of the stronghold of the militants and terrorized towns in Borno state.

Despite that Olukolade has earlier (Monday) pledged that the Military would clear the air on the issue when necessary, there was apathy and discomfort among the media chiefs regarding the authenticity of this yet another strong news exposure. But because information of this nature can never be ignored by news men, what eventually happened was a cautious, verbatim and careful reportage of the revelation. If it were possible, perhaps, some media would have avoided reporting the news.

Now that emerging indications are suggesting possibility of desired freedom for the girls, Major General Olukolade should kindly do his job correctly and professionally, provided if he shares similar euphoria with the rest of the world. The public feeling and expectation is that the girls be released as soon as possible without empty hope and any suspicious move or attempt to hoodwink and brainwash the public.

If the Military high hierarchy and Olukolade are really with the general public on seeking freedom for the abducted girls, they should realize the ultimate desire of many is REAL FREEDOM! They do not belong to the Military, therefore do not care how the institution supports the government in achieving the task. They are not and will not be impressed by politics or deceit by anyone or any institution.

Whether the looming freedom is calculated or otherwise, it is already belated, but still better than never or for them (the girls) to be mourned. Nigerians and the world need these girls to return; they are needed to be reformed, re- integrated into the society, continue with their lives/studies and subsequently annex their potentials to add values to their society and the humanity in general.

Nigeria and the world urgently need these girls to return, as so many unexpected are likely to have or might have befallen them. Reports have it Thursday that one of the purportedly released teenager (among the abducted) was pregnant. Her picture true or false, with eyes covered and on their ash colour camp regalia was posted on the internet yesterday. This is not a pleasant signal. Who knows how many out of the over 200 girls still held in the bush, are under similar or other severe conditions?

Finally, as the world impatiently awaits the return of the Chibok girls, the security outfits information managers, should consider the level of seriousness, sensitivity and various interest involved in #BringBackOurGirls crusade and agitation and therefore be dutiful, responsible and more importantly professional and patriotic in the process of gathering, processing and disseminating information on this subject and other activities of the insurgents. I repeat, this is if they are on the same level with the genuine desire – euphoria for true freedom for the kidnapped girls.

The Convicted 12: Senate Should Not Preempt Mr. President

Nigeria is full of so many political intrigues, difficult to imagine and comprehend. Exactly a week after a court martial  convicted 12 dissident soldiers for making attempt on the life of their GOC, the Nigerian Senate Committee on Defence on Tuesday, declared it was not keen in saving the lives of the condemned military men. The committee’s Chairman, Senator George Sekibo, uttered this rather ‘shocking’ statement in Abuja after a closed-door meeting with the service chiefs.

I have made it clear in my main editorial commentary last week with the title: “Sanity Until Justice Is Done”, that the military court has done what was expected of it by constitution provisions. I made it clear that really, no morality in the face of law. However, everyone knows that in this matter, the President has the right to grant the convicted pardon in whatever form. Even if Sekibo’s committee’s meeting with the security heavy weights was indifferent to the pardon, it is not expected of him, as a politician and lawmaker to make that type of public statement on an issue that so many have unavoidably expressed reservation. Let it be repeated here that the soldiers are products of the rots in the Nigerian public institutions – political, professional and social as well as religion.

Nigerians are watching and those who know how, are keeping the tracks and records of the roles played by every politician now. The same Senators who are unprecedentedly and suspiciously vocal on this crucial national issue will at another time fail to act as expected when and on serious issue bothering on corruption, abuse of office, impunity social welfare for Nigerians among others. Why? On this matter, Sekibo and his committee members should please keep their resolve. If a popular move and effort cannot be influenced by them, they should stare clear, leave Mr. President alone and allow him to consult widely before he finally decides and determines the fate of the condemned soldiers.