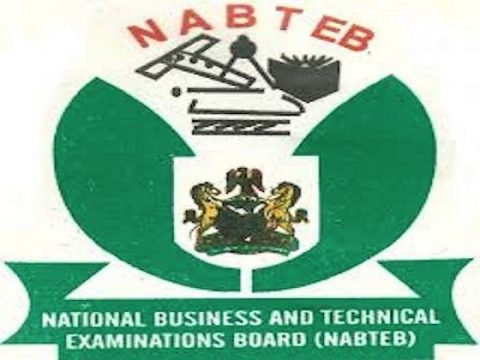 …Registrar Not Suspended or Handed Over to ICPC, EFCC –NABTEB Spokesperson

(AFRICAN EXAMINER) – The Registrar/Chief Executive of the National Business and Technical Examinations Board (NABTEB), Professor Ifeoma Isiugo-Abanihe has been queried over alleged fraud in award of contracts running into several millions of naira.

African Examiner gathered that the board of the agency met recently and uncovered many discrepancies in contract awards as well as recruitment frauds allegedly perpetrated by Prof. Isiugo-Abanihe and was queried through an internal memo.

Sources within the organization say that the allegations are so huge that Prof. Isiugo-Abanihe risks suspension and may be handed over to the Independent corrupt practices and other related offences commission (ICPC) for prosecution.

African Examiner gathered that before the inauguration of the 9th Governing Board, contracts worth N 169, 364, 532.00 were awarded to forty-two (42) contractors for the May/June 2018 Exams, without no evidence that the contract were submitted to the supervising Ministry (Federal Ministry of Education) for the President’s approval, as required in the absence of the Governing Board.

Curiously, the contracts were said to be awarded between February 21, 2018 and March 14, 2018  the date March 22, 2018 that the inauguration of the Governing Board of NABTEB was first published in the media.

She is also accused of financial impropriety, contract splitting and swindling of candidates, therefore ridiculing the anti-corruption campaign of the Buhari’s administration.

Another huge allegation is that the Registrar illegally recruited staff between December 19, 2017 and January 15, 2018 without advertising the vacancies nor getting clearance from the Federal Ministry of Education.

The NABTEB board is said to have quired the registrar over willful insubordination for failing to respond to an official query by the Chairman of the Board – Ref: NABTEB/GB/CH/QS 003) – which was due on Thursday, May 10, 2018, which action is an act of willful insubordination contrary to section 6 (2) of the Establishment Act, and Public Service Rule.

Prof Abanihe is also said to have refused to provide NABTEB Staff Payroll for January, February, and March, 2018 and costs of contracts awarded by NABTEB between 2017 and 2018.

Meanwhile, a statement from the spokesperson of NABTEB, Mr Tom Chiahemen, says it’s not true that the Registrar/Chief Executive of NABTEB has been suspended by the Governing Board, “neither is she or any Management staff of the agency being investigated by either the Economic and Financial Crimes Commission (EFCC) or the ICPC over contract awards, recruitment of financial impropriety.”

According to Chiahemen, the true position is that the Governing Board of NABTEB has constituted a five-man special committee to investigate charges against the registrar and other management staff of the agency.

The committee is expected to submit its Report to the Chairman of the Board on or before 6th June 2018.

Professor Leonard Karshima Shilgba, the chairman of the NABTEB board, in a letter to other members of the board reminded them of the need to do their statutory jobs according to the law adding that posterity will not forgive them if they fail to do the right thing.

“If we conspire to ignore our responsibility now, a Governing Board of NABTEB in the future may wonder what kind of people we were, or what kind of enticement we were induced with that we closed our eyes and chose not to recognize the brazen compromise of an otherwise promising national agency for national development and growth.” He stated.

The embattled Professor Ifeoma Isiugo-Abanihe joined the National Business and Technical Examinations Board (NABTEB) on August 01, 2016 as Registrar and Chief Executive. Prior to her appointment, she was the Director, Institute of Education, University of Ibadan in Oyo state.

All efforts to reach Professor Ifeoma Isiugo-Abanihe for her reaction to these allegations proved abortive.

Editor’s note: The story has been updated to include additional details.